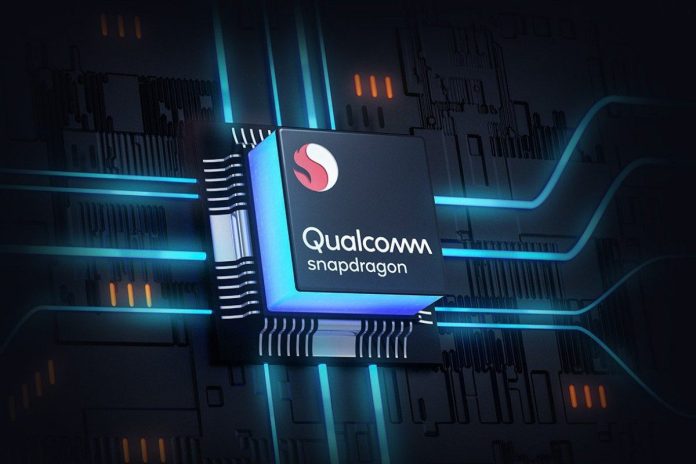 Mobile computing has garnered a lot of attention. With new and high-end processors hitting the market early this year, the competition has always been neck to neck.

However, there is one indisputable champion among the mobile SoC’s. The crown is held by none other than Apple’s A14 Bionic.

WinFuture journalist Roland Quandt claimed on twitter that Qualcomm is working on a high-end counterpart to Snapdragon 875. The new processor will allow manufacturers to further tap into a performance that is beyond Snapdragon 875.

The codename is speculated to be “Lahaina+”, as it’s the Snapdragon 875 Plus.

Quandt didn’t actually highlight if Lahaina+ is actually a new processor or its Snapdragon 875G renamed as Snapdragon 875 Plus. What we do know now is that Samsung and Qualcomm have reportedly struck an $850 million deal. With this deal, Qualcomm will provide 100 percent of orders to the company. It means that the rumored Lahaina+ will be mass-produced.

Snapdragon 875+ might feature a custom Kryo 685 core based on the ARM Cortex-X1 Super Core.

Qualcomm has only released minor changes when releasing the ‘Plus’ variants of smartphone chipsets. These include increasing CPU and GPU clock speeds, resulting in a small performance increase. With the Snapdragon 865 Plus, Qualcomm was generous enough to add Wi-Fi 6E and Bluetooth 5.2 support.

Will the new processor cause any trouble for the Cupertino giant?

Apples A14 Bionic is the current undisputed champ among mobile SoC’s that exists in the market. To date, no processor in the market has come close to even match the performance of the Cupertino giant’s SoC.

Apple’s A14 Bionic has performed extremely well in both single-threaded and multi-treaded ratings.

But a more powerful Snapdragon 875 Plus could allow Qualcomm to take the performance crown from Apple for the first time in years.

It will be interesting to see what changes the Snapdragon 875 Plus, or Snapdragon 875G bring to the table other than just a minute increase in performance.

The Ambani led Reliance-Jio is India’s leading telecom. The 4G network offered by the company is widely available across India with over...
Read more
Technology

Windows is the dominating OS of home and office desktop. With Windows 10 being Microsofts preferred OS as of now, the Redmond-based...
Read more

Samsung, the South Korean tech giant, is proud of its Exynos processors. These wafers have allowed the company to allow its Smartphones...
Read more
Apple

Did you know that Apple even provides Free engraving on AirPods if purchased?

We have already heard that Apple provides free engravings on its products starting from iPads, iPhones, Apple Pencils, and now we...
Read more
Apple

Apple could expect significant sales for its new iPhone 12 series

The Cupertino giant has recently launched its iPhone 12 series, which packs 4 iPhones, all of them being 5G capable. This has...
Read more
Apple

Apple’s HomePod is a breakthrough speaker offering unmatched sound quality for our homes. The technology adapts to its surroundings and offers immersive...
Read more