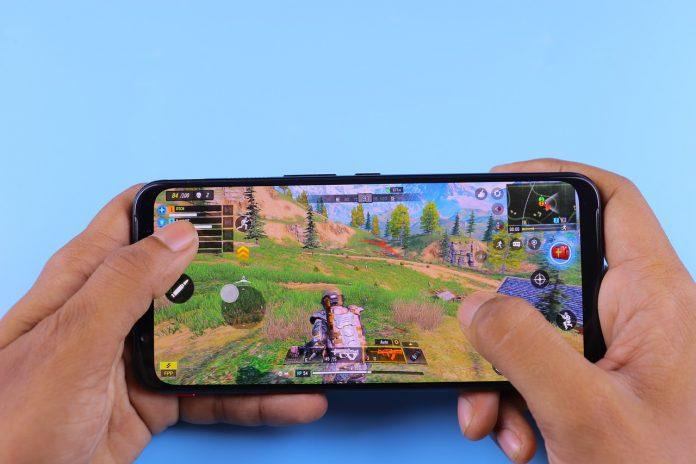 Do you play mobile games and wondering how big the industry is? We are bringing you all information about this rapidly-growing market!

Technology has evolved rapidly in the past decade and impacted almost every industry, including entertainment. Gaming, which is one of the most famous ways of consuming entertainment content, records a sky-rocket growth caused mainly by technology improvements. Do you remember the days when we played an ever-popular Snake on Nokia phones? Three hundred fifty million people worldwide spent hours and days playing this iconic game. Nowadays, games are more sophisticated, and players can enjoy a much more comfortable experience. Let’s have a more in-depth look at how big the mobile gaming industry is.

Mobile – The future of gaming

Mobile gaming plays a substantial part in the overall gaming industry, and it already produced almost half of the revenue of the entire industry. Do not forget that the market includes tablet and PC gaming as well. The growth of mobile gaming is astonishing, despite being a relatively new market in the industry. It is estimated that around 2.5 billion people all around the world play games on their smartphones, which represents almost one-third of the world’s population.

Nowadays, mobile games are easily accessible through the apps, as consumers can buy them in one of the app stores or download them for free. Gaming is the third most popular app category, together with music. Social media and shopping apps are the only ones that have more mobile users than gaming applications. Although most of the games are free to download or cheap to buy, the vast number of users still brings significant revenue to publishers from in-app purchases. Consumers have a vast choice of different types of games, but one of the famous ones are the casino apps. Some people play them for fun and other place real-money bets, but they all find them very amusing and catchy. Some of the best casino apps in India like the ones categorized here offer numerous of games suitable for everyone’s taste. It’s just important to not take it too seriously and use them only for entertainment.

Why are people more focused on mobile gaming?

Mobile devices became more convenient for a range of different activities that are not restricted only to gaming. If you need to go shopping online or make some e-banking transactions, you don’t need to be constrained to using only your PC or laptop. Although you need an internet connection to perform online activities, that is not an issue nowadays since you can find reliable networks almost everywhere. No matter if you are in a coffee shop or at the restaurant, an internet connection should be available to you.

It applies to mobile gaming as well. Gamers can carry their devices everywhere and enjoy playing time while travelling to work or having a drink at the bar. They are not restricted to the particular space where they can play games, which makes smartphones more convenient over gaming consoles or PCs. Part of mobile gaming’s breakneck growth lies behind the fact that the user experience has reached a much higher level than it was the case just a few years ago. In-app purchases, unique features, and loyalty rewards have contributed to its popularity and made mobile gaming more engaging than ever.

Just a couple of years ago, mobile devices couldn’t come even close to PCs and laptops in terms of the hardware and software features. The processor speed, graphics quality, and memory capabilities were the biggest advantage of desktop devices. However, the processing time of smartphones has become significantly reduced, and their graphics effects are much better compared to many past consoles. Although some limitations can never be bypassed, such as the screen size, they are neutralized by other advanced features that make mobile gaming so attractive. Today, many more people, particularly in India, are in possession of mobile devices rather than desktop machines.

Technology around smartphones had evolved rapidly in the past few years, and nowadays, you cannot imagine any reputable program, website, or any software without a mobile version of it. It was pretty challenging to adapt the software to mobile devices, but thanks to new tools, it has never been easier. A lot of companies take mobile platforms very seriously, and they put as much effort to make their software compatible with them as to PC compatibility.

A perfect example of this approach is the Finnish cloud gaming company Hatch Entertainment. Cloud gaming is the future of this industry since it allows players to play the game by streaming it rather than having to download it and run on the local machine. There are already a couple of giants in the gaming stream services such as Twitch, Mixer, or Stadia, but Hatch is focused on streaming games to mobile devices. In a brief timeframe, the company became the world’s leader in the mobile cloud gaming industry.

In case you still haven’t tried out mobile gaming, don’t worry, you don’t need to have some particular skill to start playing them. They are very easy to get in, and even non-gamers who have never played them before can become good players quickly. The most popular ones, like Angry Birds, Fortnite, or Candy Crush, are suitable even for children who can enjoy playing those with their parents.

The mobile gaming space will continue getting increased investment and attention. The 5G era is arising, and it can only bring improvements and continue transforming mobile gaming, and make it even more exciting.

5G to set off mobile gaming boom in India