Amazon Luna: The rival of Google Stadia has been introduced 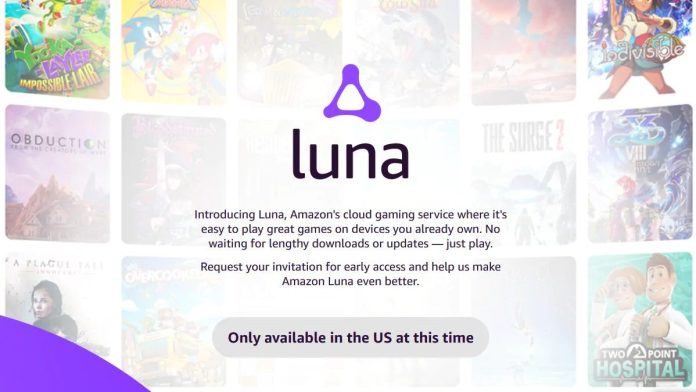 Around a year after the launch of Google Stadia, Amazon brought its new game streaming service down to the field. It has been named Amazon Luna and nearly identical to its rival Google Stadia.

Amazon Luna streams more than 100 games from the cloud to the apps on various platforms like PC, Mac, Fire TV, iPhone, and iPad. For iPhones and iPads, it has special web applications. If you are an Android user, not to worry. Amazon will launch for this platform too, after Luna’s debut in the market.

I already mentioned that Amazon Luna will come to the market with more than 100 games and also various titles including Control, GRID, Abzu, Panzer Dragon, Sonic Mania, Metro Exodus, Overcooked 2, and Rime. Luna also brings Ubisoft’s own ‘channel’, for some other major titles like Assassins Creed Valhalla, and Fenyx Rising are also added to the list.

Though the cost of Ubisoft’s components is not declared yet, the ‘introductory’ price of Luna+ will be $5.99/month. In return, you will get access to all games, unlimited gameplay facility at 1080p/60fps.

Just like Google Stadia, Luna also has its own controller, costs $49.99 during Early Access. This controller ‘goes straight to Amazon’s service’ and doesn’t use Bluetooth or any other local connections. This helps to reduce the latency by up to 17-30 milliseconds.

The Amazon Luna is integrated with Twitch where streamers can stream their gameplays and audiences can join to view that with just one click.

boAt is one of the leading audio brands in India, though there are some other electronic products too in its portfolio. In...
Read more

Why Google Stadia is the best game streaming service?

Googles Stadia offers streaming services for gamers and is a leading service provider in the market. With increasing popularity comes a direct...
Read more
Technology