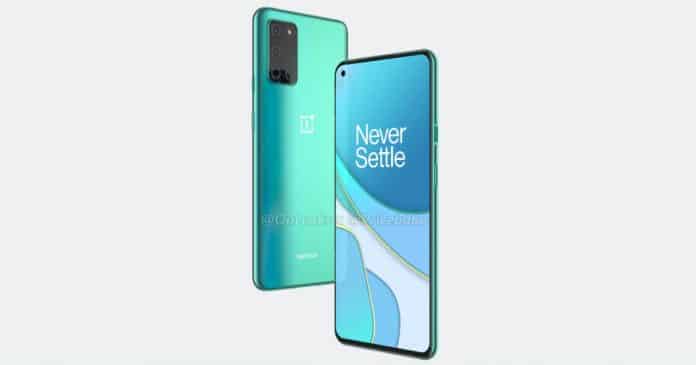 It’s almost five months ago, OnePlus had announced the OnePlus 8 and OnePlus 8 Pro. Now the company is all set to bring the successor of it, the OnePlus 8T. Unsurprisingly a launch page for this upcoming phone is spotted on Amazon, revealing that the phone will be launched soon.

Also, we have got some key specifications of this upcoming flagship from OnePlus. Let’s check out what are the specs this phone will offer.

Talking about the display, this phone will feature a 6.55-inch super AMOLED display with Full HD+ resolution with a refresh rate of 120Hz. It’s predecessor the OnePlus 8 features a 90Hz display. So, this is definitely an improvement. Lastly, the display will feature a hole-punch type design and we can see the punch-hole cutout in the top-left corner of the phone.

The OnePlus 8T will run OxygenOS 11 out of the box, presumably based on Android 11, and will be powered by a Snapdragon 865 processor. Usually, OnePlus uses the ‘Plus’ versions of Snapdragon’s flagship chipsets for its T-series devices. But this time no ‘Plus’ version will be offered. The OnePlus 8T will come into the market with two different RAM/storage variants. One of them will be 8GB + 128GB where the other one will be 12GB + 256GB.

Regarding the battery, this phone will offer a decent 4,500mAH battery, but, the twist is in the charging as the battery will be charged by a 65W warp charger. From the last few years, we’ve only witnessed up to 30W fast charging in the OnePlus models. Now this will be a huge improvement for the OnePlus.

Coming to the buttons and connectivity part, the OnePlus 8T will have its power button and alert slider on the left spine and the volume rocker on the right side. This phone supports a USB Type-C port and loudspeaker grill, while a noise-canceling mic is seen at the top.

But we haven’t got any information about the price of this upcoming phone. However, the OnePlus 8T is expected that the pricing will be higher than the OnePlus 8, which currently starts at Rs 44,999 in India.