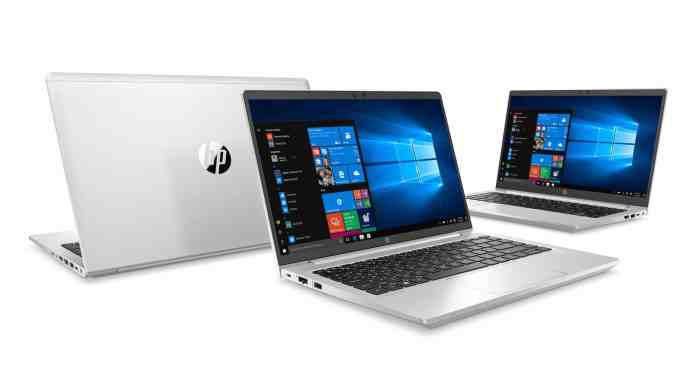 HP has recently announced its latest line-up in its ProBook 400 series laptops. The lineup comes with Intel’s latest Tiger Lake CPUs based out of 10nm process and plenty of features to look forward to.

The models with Core i5 and i7 use Intel’s new Iris Xe Graphics while Core i3 will be paired with Intel’s latest UHD Graphics GPU. They feature 512 GB PCIe NVMe QLC SSD with 32 GB of Intel Optane memory along with support up to 32 GB of DDR4-3200 SDRAM.

The devices support Bluetooth 5.0 and come with an Intel AX201 WiFi 6 Wireless card. For security, the laptops feature a fingerprint sensor and TPM 2.0 security chip.

There are three major difference between the laptops.

The laptops are said to be available in the market from November 2020 onwards. This is one of the first professional laptop range to feature these new Intel CPUs.

Microsoft is regular with its updates regarding its Surface devices. It has released fresh updates for its Surface Book 3 and Pro...
Read more
Technology

PS5, the much anticipated next-gen console will finally be released in November. With Sony already accepting pre-orders of the console a new...
Read more
Technology

Surface Laptops have always been out of reach for quite a several people because of their pricing. However, Microsoft's Surface Go was...
Read more

Lenovo launches its thinnest ThinkPad in the market

Lenovo has launched a new model in its most famous ThinkPad series. The company has claimed it to be the lightest ThinkPad...
Read more