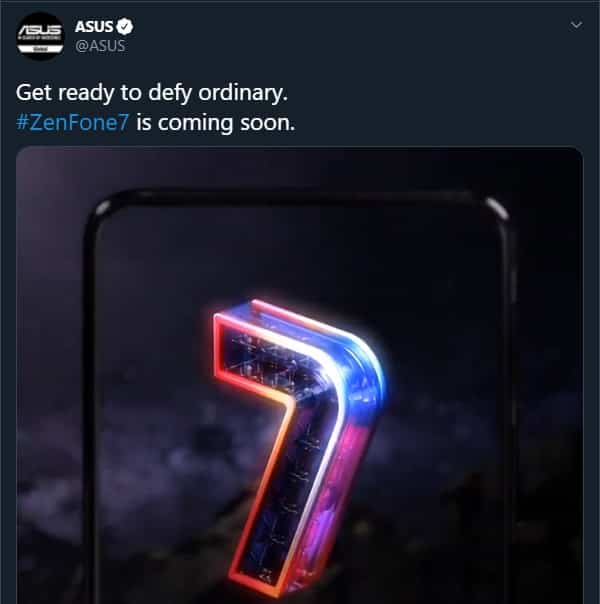 Asus finally revealed the launch date of the most awaited Asus Zenfone 7 series on August 26. The series is expected to come with two different smartphones – the vanilla version and the Pro version. The launch will be held in Taiwan and Asus official YouTube channel will broadcast the live stream which starts at 2 PM local time.

We can expect different Snapdragon chip-sets in both the Zenfone devices. It is anticipated that the vanilla version will come with Snapdragon 865 SoC whereas we can expect Snapdragon 865+ for the Pro version. There is also a hint in the official Livestream thumbnail, that the phones might retain the previous motorized flip selfie camera and this time might include quad camera setup.

Previously we had spotted the Zenfone 7 and 7 Pro in source code of the kernel version. In the source code, we had explained how we found the chipsets of the two smartphones. Now, another source claims that the vanilla version had been spotted previously in the Geekbench listing with the Snapdragon processor and 16GB RAM. This time the phone is coming with a huge RAM. Other detailed specifications are still mysterious in for both the devices.