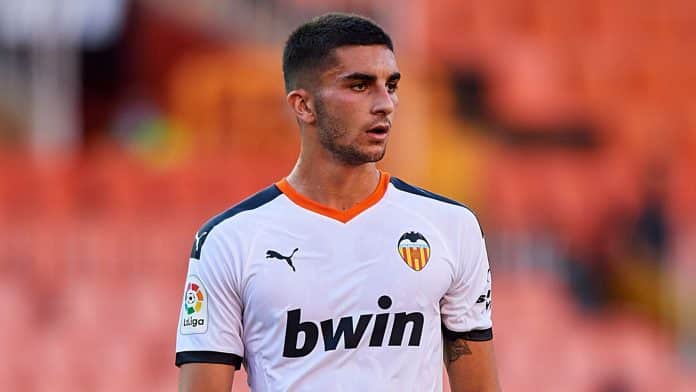 Manchester City has sold Leroy Sane to Bayern Munich this summer. They were on the hunt to sign a new winger to replace Sane in the squad.

City has now signed Valencia winger, Ferran Torres. The 20-year-old has joined Manchester City on a five-year deal for a fee reported to be around £21m. He will be at the Etihad Stadium until 2025.

Here we go! We’re delighted to announce the signing of @FerranTorres20 from Valencia on a five-year deal ✍️

Ferran Torres made 44 appearances for Valencia last season, scoring six goals. He can play on both the flanks and can also play through the middle. His main ability is pace and getting past defenders at will.

“Pep encourages a really open, aggressive style, which I love, and he is a manager with a proven track record of improving players. To have him overseeing my development is a dream.”

“City have won plenty of trophies in the last 10 years and I hope I can play a role in continuing that success.”

You arrived at our Academy at 7 years old. We have been by your side through all this time seeing you grow as a footballer and as a person. At this point you have decided to separate our paths. @FerranTorres20, we wish you the best with @ManCity

Ferran Torres made his first-team debut for Valencia in 2007 and has gone on to make 97 appearances, scoring nine goals and providing 12 assists.

Manchester City are hoping to reclaim the Premier League title in the upcoming season. Ferran Torres is the first signing of probably many others in the line. Bournemouth defender Nathan Ake seems to be the next player joining City.

City are due to face Real Madrid in the second-leg of the Champions League round of 16. They have a 2-1 advantage heading into the home leg.