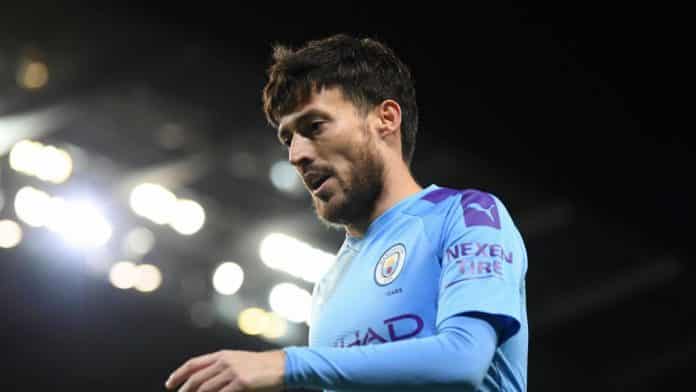 Manchester City legend David Silva will be leaving the club at the end of this season. He joined City in 2010 from LaLiga side Valencia. He is arguably the greatest player ever to wear the City shirt.

Silva has decided to call time upon his time in England as he completes 10 years with Manchester City. During his tenure at the Etihad Stadium, he has won 4 Premier League titles along with 2 FA Cups and 5 League Cups. He has scored 76 goals and provided 121 assists for City.

Manchester City beat Newcastle United by 5-0. Silva was captaining the side and scored a wonderful free-kick and set up another two goals for his teammates.

David Silva only has 5 matches left to play for Manchester City before leaving the club. He will end his playing days with City on 26th July.

Manchester City’s Director of football Begiristain said: “He [David Silva] has been unbelievable in football – especially here. He’s spent 10 wonderful years, winning trophies and changing the dynamic of the club.”

“He’s been one of the leaders – with Vincent [Kompany], with Yaya [Toure] and Kun [Aguero]. No one will forget what they’ve done.”

“Not only the way David plays football but helping us be a successful club. He will always be remembered because of that.”

Here’s two tweets from Manchester City and Kyle Walker. They have already started to mourn Silva leaving the club.

Club legend. Simple as that 🎩 pic.twitter.com/8xYhDHMZKb

Pep Guardiola confirmed that David Silva will return to Etihad Stadium for a farewell match once fans are allowed back into the stadium. It will be unfair not to give one of their greatest club legends a befitting farewell.

Guardiola told reporters via video-conference as per Daily Mail: “He is coming back for the farewell game in front of all the fans because he is an incredible legend. They could name a street, a pitch, a statue (after him) — this is not my business.”

“David is maybe the best in small spaces, moving between lines, I’ve never seen anyone like him. He came back from lockdown in incredible form and rhythm. If he decides to play on, he can play anywhere – no doubt.”

“The young players have learned from David’s example. He is someone who doesn’t talk much but he leads by example. He’s a huge competitor.”

Silva will also go down as one of the greatest passers in England’s top-flight history. He gave two assists against Newcastle United which took his tally to 10 assists for this season. The Spanish midfielder has now provided at least 10 assists in all of his 10 seasons with Manchester City.