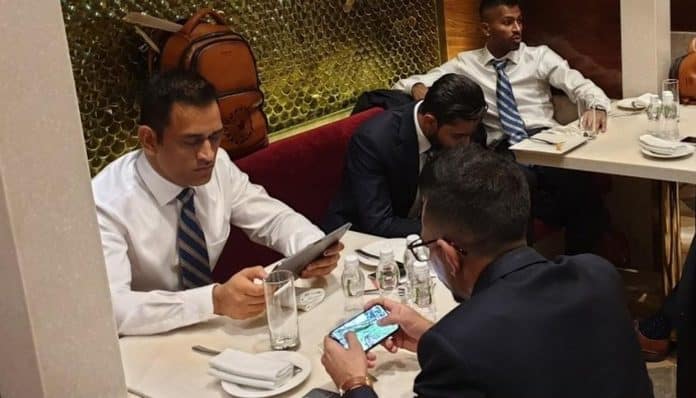 PUBG Mobile was released in 2017 and it took almost no time to become one of the most popular mobile games in the world. Almost everyone is familiar with the name PUBG and has tried this game at least once, such is the craze and hype of this multiplayer game.

The Indian cricketers, Yuzvendra Chahal and MS Dhoni are also not unknown to this PUBG world. Even they can’t resist playing PUBG mobile to spent their time during this lockdown due to Coronavirus pandemic.

Indian right-arm leg break bowler Chahal has publicly displayed his love for the game. He often shares pictures of him on social media playing the famous game with his friends and some of his Indian teammates as well.

Chahal started playing PUBG Mobile from his National Cricket Academy (NCA) days. He gave an interview with ESPNcricinfo recently where he has emphasized on his love for the game.

Yuzvendra Chahal told ESPNCricinfo: “I started playing this game around two and a half years back. I found it to be very addictive. I was in NCA at that time. I found the game interesting after downloading it because how much Netflix or movies can you watch?”

“Then I started playing PUBG with my friends and when you play in the groups of four, the best thing is that you can talk with each other.”

Not only Chahal but Indian World Cup winning captain MS Dhoni also plays PUBG Mobile. Chahal and Dhoni used to play 2-3 rounds of PUBG Mobile after returning to their home from the ground.

Yuzvendra Chahal further said: “I started to get better [in PUBG]. At night sometimes Rishabh Pant is online, sometimes I play with Rahul Trivedi.”

“Played a lot with Mahi bhai on the tours, he plays really well…it had become a routine with Dhoni that after we came back from the ground to our rooms, we would play 2-3 rounds of PUBG.”

“If we remove this game from our life, the 3-4 hours that we spend playing this, it will become even harder to spend time under lockdown during this time.”

This PUBG Mobile fever is also not only limited to Chahal, Dhoni, Pant and Rahul Trivedi. Many other Indian cricketers like Kedar Jadhav, Mohammad Shami, Bhuvneshwar Kumar and Shikhar Dhawan are also a fan of this game.

MS Dhoni is all set to produce a Kollywood film