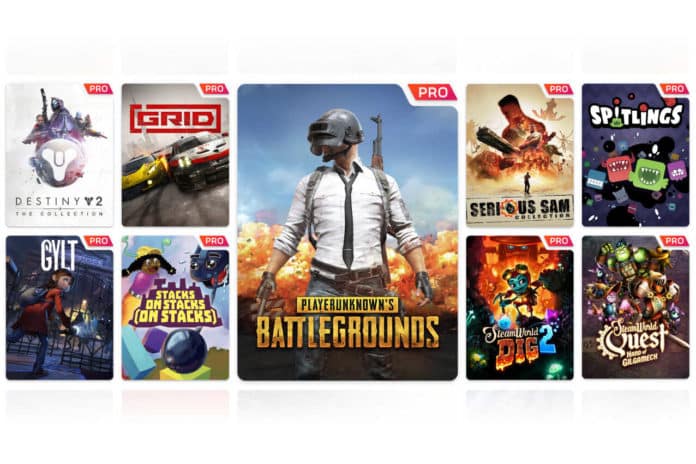 Google’s own cloud gaming service Stadia has a huge game library but was short on today’s popular eSports titles but it seems Google is expanding its library by adding the hugely popular game on earth : PlayerUnknown’s Battlegrounds.

The game has insane amount of fans and we all know that, this is a intelligent move by the company to include the game in its Pro subscription. So, if you are an Pro subscriber, you can game for free while the free users will have to unlock the base version of the game.

Either they have to pay $29.99 or get the ‘Pioneer Edition’ with a Cold Front Survivor Pass and a ‘Premiere’ skin set for $39.99. The Premiere Set does come with a red and white hoodie with Stadia emblem, shades/helmet, and a branded frying pan.

In fact, according to Google, PUBG will be the first game to be featuring the Stadia’s ‘Click-to-Play’ functionality. This allows users to directly launch the game without even going through the home screen, one of the major advantage of using a cloud gaming platform.

Stadia will also be supporting cross-play features for PUBG, which allows other gamers to play against friends on gaming consoles as well. Google is also planning to bring some other popular games like EA’s Star Wars Jedi: Fallen Order, FIFA 20 and Madden NFL 20, as well as Square Enix’s Octopath Traveler. These games with more games are likely to release by fall 2020, happy gaming!

Why should you opt for Xbox Game Pass at just Rs. 489/month in India?

Asus ROG Flow X13 will launch in India on May 12