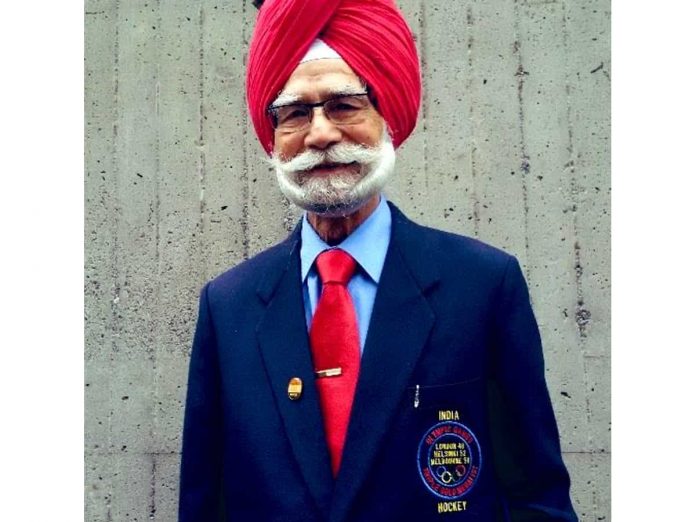 Balbir Singh Dosanjh, popularly known as Balbir Singh Sr has died on Monday. The demise of the three-time Olympic gold medalist has broken the heart of the Indians.

He was in a semi-comatose state since 18th May and had developed a blood clot in his brain after being first admitted to the hospital for bronchial pneumonia with a high fever. He also suffered three cardiac arrests during the course of his treatment. The 95-year old finally breathed his last breath at the hospital in Chandigarh on Monday.

Balbir Singh Sr was one of the most decorated sports personality of our country. He won Olympic medals in 1948, 1952 and 1956 Summer Games. His contribution to Indian hockey cannot be measured only by the number of trophies. The way he revolutionised hockey for independent India deserves a special mention in the history books.

He still holds the world record for the most number of goals scored in an Olympic men’s hockey final. He scored 5 goals in India’s gold medal win in 1952 Helsinki Games. They had beaten the Netherlands by 6-1.

The iconic centre-forward is the only Indian among the 16 legends chosen by the International Olympic Committee across modern Olympic history.

The whole of India is saddened by the passing away of such a great sports personality. These are a few of the tweets who offered their condolences to the hockey legend.

Padma Shri Balbir Singh Sr. Ji will be remembered for his memorable sporting performances. He brought home lots of pride and laurels. Undoubtedly a brilliant hockey player, he also made a mark as a great mentor. Pained by his demise. Condolences to his family and well wishers.

Balbir Singh Sr will always be remembered fondly by the Indians. The greatest moment of his career was beating England by 4-0 in their own backyard during the final of the 1948 Olympic Games as an independent nation. This memory will live on for ages.

Previous articleSAI has given Rs 30,000 to each of the 2749 Khelo India athletes
Next articleOnline Gaming in India Jumps on the Anti-COVID-19 Campaign Bandwagon