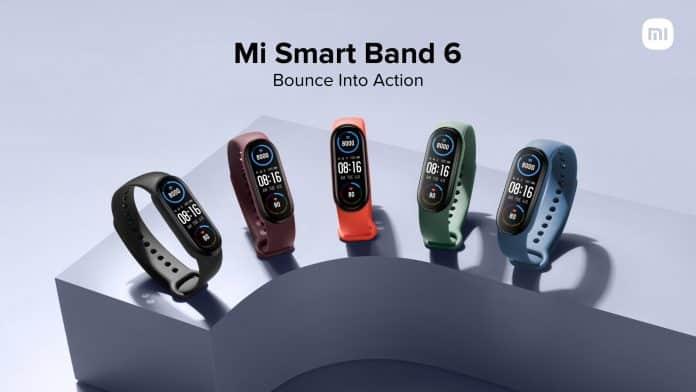 Xiaomi India has finally launched the Mi Band 6 in India, the fitness band was launched in China earlier this year, The Mi Band 6 comes with a bigger OLED screen, in comparison with the Mi Band 5. The band gets a 1.56″ AMOLED Display.

Xiaomi has priced the Mi Band 6 at 3,499 INR. The first sale of the Mi Band will be conducted on 30th August at Mi.com, Amazon, and other retail outlets.

Any user of the current Xiaomi Mi Band user can avail of a discount of 500 INR.

Coming to the specs of the Xiaomi Mi Band 6, the device is similar in terms of the design to the Mi Band 5, so much so that the Mi Band 5 straps are compatible with that of the Mi Band 5.

The screen of the Mi Band 6 is 50% bigger than the Mi Band 5, the band 6 gets over 80 watch faces. It also comes with a SpO2 sensor for measuring blood oxygen levels as well as stress monitors.

In addition to this, it gives a few stress-relieving techniques as well. The Mi Band 6 also comes with 24×7 heart rate monitoring.

The Mi Band 6 comes with 30 fitness modes, it also has auto-detection modes. The smart band also gets 5ATM water resistance. The battery on the Mi Band 6 claims to provide 14 days backup in a single charge. The Mi Band 6 also allows quick replies to calls with preset messages.

It is compatible with Mi Fit and Xiaomi Wear App.

Xiaomi 13 Pro gets BIS certification, India launch on the horizon

Apple to replace China with India and Vietnam!