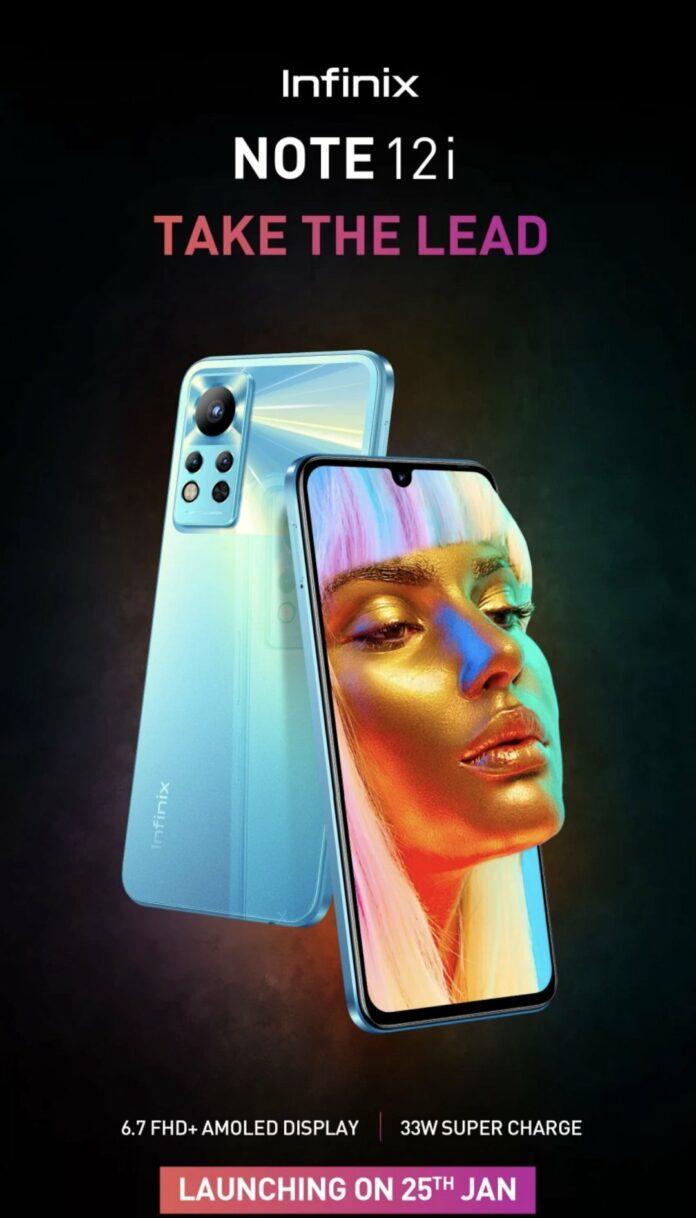 A new smartphone model from Infinix has just gone on sale in India. This particular gadget is a mid-range variant known as the Infinix Note 12i. The smartphone is the same design that was initially introduced as the Note 12i 2022 back in September 2022 and is now making its way to India. Let’s look, then.

A big 6.7-inch AMOLED display with Full HD+ resolution and 1000 nits of maximum brightness is featured on the Infinix Note 12i. However, this model only has a 60Hz refresh rate. Additionally, this screen has Widevine L1 certification and Corning Gorilla Glass 3 security.

It has the MediaTek Dimensity G85 SoC under the hood, along with the Mali G52 GPU. This chipset has 64GB of internal storage and 4GB of RAM.

In addition, a dedicated microSD card slot is included for memory expansion up to 512GB. The system is XOS 12 based on Android 12. Including a 50-megapixel primary sensor, a 2-megapixel depth sensor, a QVGA AI lens, and an LED flash, the rear of the device have a triple camera configuration. An 8-megapixel selfie camera is located on the front. The smartphone has a sizable 5,000mAh battery that can handle rapid charging at up to 33W.

Other noteworthy features include a fingerprint scanner located on the side, Bluetooth 5.0, stereo speakers with DTS audio support, and 3GB of additional virtual RAM. Two colour options—Metaverse Blue and Force Black—are offered for the Infinix Note 12i. It will be sold exclusively through Flipkart starting on January 30 at a cost of merely 9,999 INR, or around 122 USD.