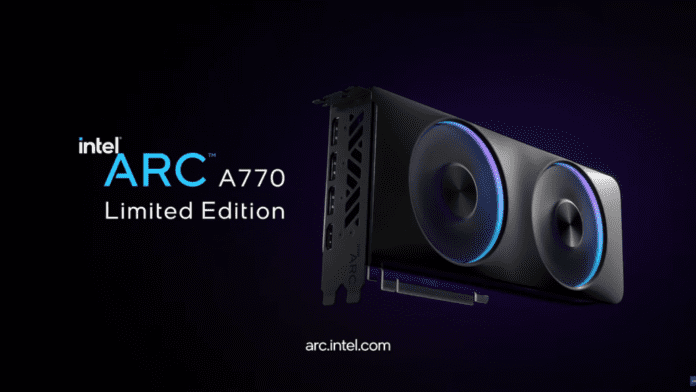 The Intel Arc A750 graphics card is likewise not listed, but as the official launch draws near, vendors and merchants will most likely start to list the card in the coming days. The price seems to be in accordance with the information provided to US retailers. When converted, the higher sum reflected the expense of the VAT.

The flagship Arc A770 from Intel’s Arc Alchemist family will have a 256-bit bus interface, 32 Xe-Cores, and the complete ACM-G10 GPU.

It is anticipated to be comparable to the RTX 3060 in terms of performance but to perform a little better. Several Arc A770 benchmarks may be found here and here. The graphics card will start at $329 US for the 8 GB version, and will cost $349 US for the Limited Edition model with 16 GB of memory. This is a fairly minor premium for doubling the memory limit. Compared to the NVIDIA RTX 3060, the graphics card is supposed to provide up to 42% more performance for every dollar spent (overclocked variant).