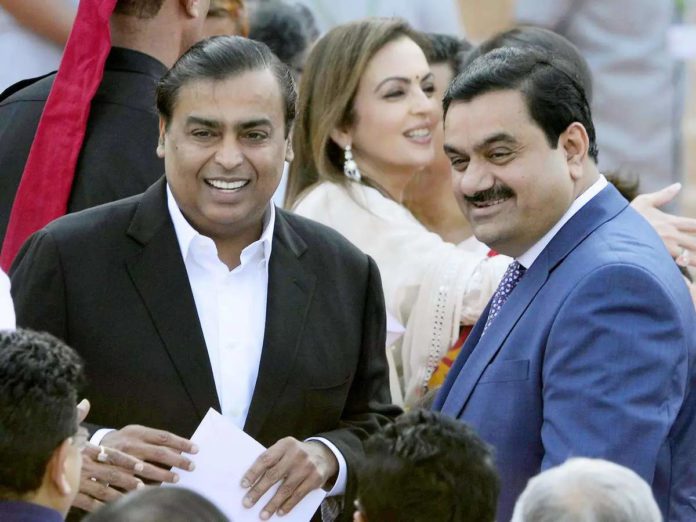 According to the IIFL Wealth Hurun India Rich List 2022, Gujarat-based billionaire Gautam Adani increased his wealth by 5 lakh crore last year, making him the richest person in the country. The creator of the Adani Group lagged Mukesh Ambani in 2021 by 2 lakh crore. He now has a 3 lakh crore advantage over Ambani. The “5 lakh crore catch up” is what the report refers to.

The announcement stated that Adani’s total wealth is $10.94 lakh crore and that he has been adding $1,612 crore per day for the past year.

“From an Indian wealth creation perspective, 2022 will be remembered for Adani’s meteoric rise. Briskly expanding his commodity trading company into a coal–to–port-to-energy conglomerate, he is the only Indian to have built not one, but seven companies with a market cap of one lakh crore,” said Anas Rahman Junaid, MD and chief researcher, Hurun India.

Adani has surpassed Ambani thanks to the quick increase in the value of his seven publicly traded companies, which are now nine after the addition of ACC and Ambuja Cements.

“In 2012, Adani’s wealth was hardly one-sixth of Ambani’s wealth and no one could imagine that he would overtake Ambani to become the richest man in India in ten years,” said Junaid.

“The cumulative wealth growth of the IIFL Wealth Hurun India Rich List 2022 excluding Adani is only 2.67%, compared to the overall 9%,” said Junaid.

There are 1,103 people on the IIFL Hurun India Rich List, including as many as 149 people, all of whom have a net worth of at least $1 billion. They are collectively worth 100 lakh crore.

Previous article
Nvidia cuts India prices for its GeForce RTX 40 GPUs after Internet Outcry
Next article
IPL 2023 Auction: Is the next auction on December 16? The salary purse increases to 95 Cr, and all necessary discussions to take place at AGM

Gautam Adani to launch an open offer to acquire NDTV on November 22nd, 2022