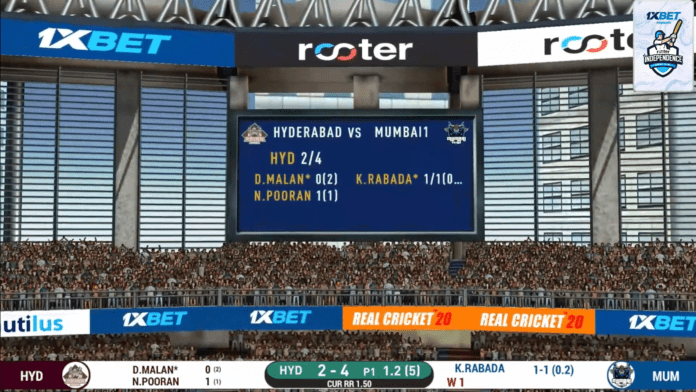 The tournament saw twelve exciting teams, comprising leading game-streaming influencers and pro players compete for a grand prize of INR 5 lakhs – the largest pool ever for a Real Cricket tournament in the country. Launched on 27th August to coincide with the Asia Cup, the tournament recorded an unprecedented 15 million+ views over two weeks of nail-biting matches, before ending in a power-packed finale last Sunday. Cheering fans, a closely-fought match, and Akash Chopra’s inimitable commentary marked the exciting tournament finals as team Bangalore Superboyslifted the cup, while Rajasthan Rebels were the runners-up.

The Independence Cricket League is the first in a series of highly engaging esports IPs that Rooter is building for cricket in India. With more than 800 million fans, Cricket is practically a religion in India, and content consumption around the sport is as large a phenomenon as the viewership of actual matches.

As an erstwhile sports fan engagement platform, Rooter already has deep experience in building consumption channels that enable fans to engage in live-action sports, listen to commentary, participate in live quizzes and explore live-content creation in unique ways – creating some of the most loved community experiences. The company is now on a mission to bring Cricket and Gaming (two of the biggest entertainment choices) together through highly engaging formats.

Speaking about this, Dipesh Agarwal, Co-founder and COO, Rooter said “We believe that there is tremendous scope to unlock never-seen-before fan experiences with cricket-based esports. We also believe that while the industry in India is yet to see a very successful intersection of the two, we are the ones best poised to deliver it. As the leading streaming broadcaster in the country, we’ve been sharpening our expertise in developing credible eSport IPs and are committed to creating engagements that will benefit publishers, players, fans, and our brand partners alike.”

Over the course of the next year, Rooter will be investing in testing franchise formats that can drive high viewership, deliver attractive gaming rewards and create strong brand partnership opportunities. Starting with the Independence Cricket League, the company plans to host a Real Cricket tournament/cricket-based tournament every time India plays.

The company now plans to keep stoking the cricket fever with a massive tournament around the T20 Men’s World Cup this year. Fans can expect to have an immersive experience transcending from the live matches to the streaming space as they root for their favourite players in each format.