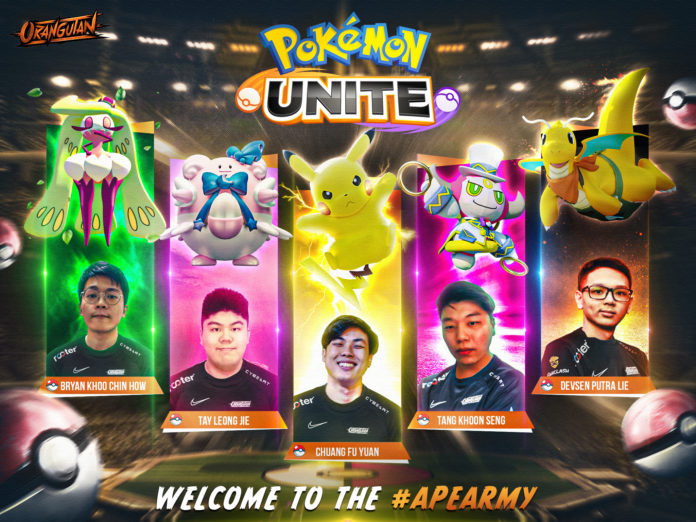 Mumbai, August 10, 2022: Orangutan, one of India’s top competitive esports teams, has added No Lucario as its 5th roster, which enables them to enter directly into the Pokemon UNITE World Championship 2022, which is going to take place in London from the 18th to 21st of August.

No Lucario is the team from Singapore and have played in the Asian Pacific qualifier. They were also the Asian Pacific Champions of the Pokemon UNITE Asian Pacific Championship. This shows the intent of Orangutan to enter the international esports market. With this never backing down thought, even though recently the Indian esports industry was shaken due to the news around Battlegrounds Mobile India, Orangutan has expanded internationally and is targeting a new market.

Orangutan’s team, No Lucario consists of:

Yash Bhanushali, Founder at Orangutan said “Pokemon as a word has immense nostalgic value, and the fact that we can have a team represent our country while celebrating our nation’s 75th year of Independence gives me a lot of pride.”