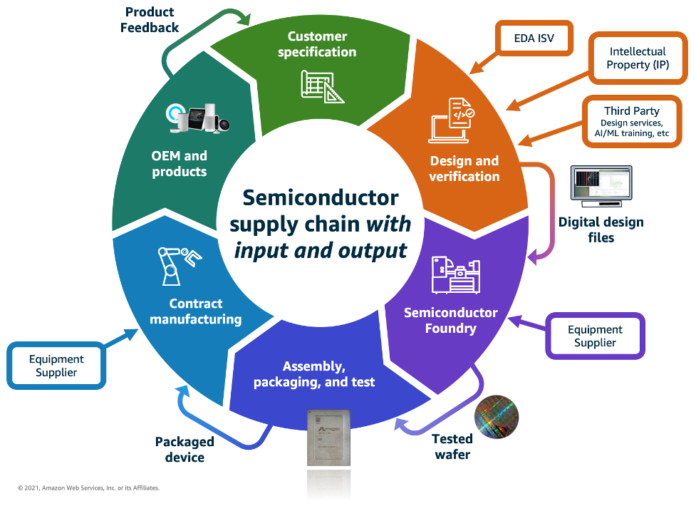 According to new data, chip supply times are getting shorter, although shortages are still prevalent in many places. Susquehanna Financial Group’s data shows that lead times, or the time it takes between placing an order and receiving a chip, averaged 26.9 weeks in July compared to a revised 27 weeks in June. Lead times decreased for the third month in a row.

Even while the general indication improved, the study found that there was still a shortage of power management components and microcontrollers, notably those utilised by automakers and producers of industrial equipment. For example, lead times for power management chips went from 31.3 weeks to 32 weeks in July. Some products’ prices continue to rise.

“In terms of the broader industry, we still wait for inventory and over-ordering issues to subside,” Susquehanna analyst Chris Rolland said Thursday in a research note.

According to Rolland’s research, industry-wide shortages have not yet been resolved despite a reduction in demand in several sectors, particularly for parts used in cellphones and personal computers. According to his writing, overall lead times are still more than twice as long as they would be in a “healthy” market.

Companies from Cisco Systems Inc. to Ford Motor Co. have been affected by chip bottlenecks, which have cost them billions of dollars in lost revenue because they can’t get enough semiconductors for their products.

A sharp decline in demand from manufacturers of personal computers has been reported by Nvidia Corp., Intel Corp., and others. According to Micron Technology Inc., owners of the enormous data centres that serve as the foundation of the internet and business networks are starting to purchase components at a slower rate.

Desktop processor shipments, which highlight computer reductions, fell to their lowest level in almost three decades in the second quarter, according to Mercury Research. According to researcher Dean McCarron, total processor shipments recorded their biggest year-over-year decline since around 1984.

disproportionately hard on Intel. In contrast, rival Advanced Micro Devices Inc. had growth across the board. In a report published on Thursday, McCarron stated that AMD “gained share in the second quarter and established a new record high at 31.4%.” AMD grew its sales and expanded its market share for a 13th straight quarter, he said, despite a decline in the general market for pricey server processors. Investors have already concluded that the chip sector has entered one of its cyclical downturns. This year, the Philadelphia Stock Market Semiconductor Index has decreased by 24%.