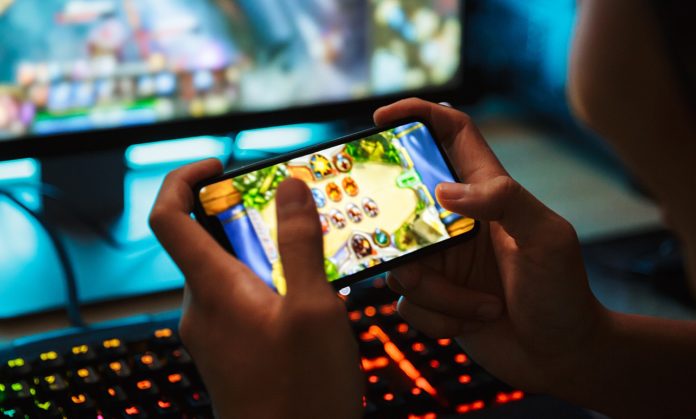 Even a decade ago, Indian gamers were a rare breed. no longer. The nation jumped straight to mobile gaming, skipping the PC and console-based games that are popular in developed economies. It resembles India’s mobile-first internet population, where hundreds of millions of people abandoned PCs and laptops in favour of their smartphones to experience the internet for the first time.

Gaming has benefited immensely from the spread of affordable mobile data, which has cut entrance barriers for consumers, like many other sectors have. Anyone in the country who has even a basic smartphone can download a game from the Google Play Store and join the rapidly growing mobile gaming community.

According to analytics company Sensor Tower, India is currently the largest online gaming industry in the world in terms of app downloads. The nation was responsible for 916 million instals as of May 2022, or 19.2% of all game downloads globally. This figure increased steadily in January, reaching 761.8 million, or 14.6% of all downloads worldwide.

Online gaming as a segment is expected to outperform most other media and entertainment (M&E) segments in India in 2020, helped by the quick increases in new users, downloads, and app engagement, according to KPMG.

There are 430–460 million gamers worldwide, with more than 90% being casual or mobile players. By FY25, KPMG projects that this figure will reach 600-650 million. Consider Ludo King as an example. The most downloaded game ever in India and a “lockdown sensation,” it reached 800 million global instalments in June 2022, up from 300 million in December 2020. During the shutdown, it not only drew in a completely new player demographic (45+ years old), but it also elevated gaming to the status of a popular form of entertainment and a means of social connection.

While this is going on, Gamezop licences HTML5 games from creators and integrates them into non-gaming platforms like Amazon, MX Player, Vodafone, Airtel, etc. After the epidemic, it has aggressively pushed integrations.

In India, monetization has always been a problem for content businesses. The same is true with gaming. Despite the industry’s tremendous consumer growth over the last three years, IAPs and game subscriptions, both well-established revenue models in developed markets, have not taken off in India because the country has never had a significant console gaming culture.

But a good shift has occurred as a result of the epidemic years, with India’s average gaming revenue per user increasing (ARPUs). According to KPMG, casual gaming ARPUs are expected to reach Rs 268 by 2024–25, up from roughly Rs 150 in 2017. More significantly, customer acquisition costs (CAC) for game producers have decreased by 60–70% as a result of the pandemic’s millions of new players.