GoodBye, starring Amitabh Bachchan and Rashmika Mandanna is all set to release in October 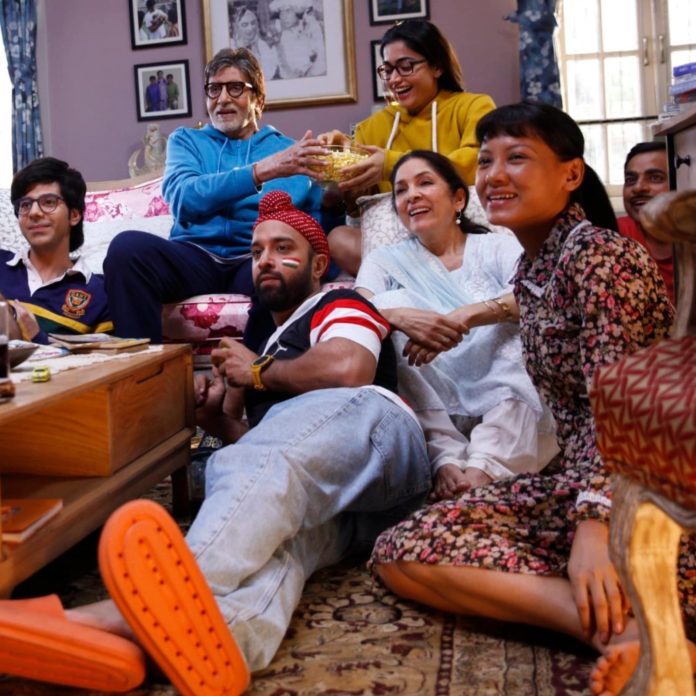 GoodBye, starring Amitabh Bachchan and Rashmika Mandanna is all set to release in October. The movie is being produced by Ektaa R Kapoor under the banner of Balaji Motion Pictures and directed by Vikas Bahl. The film GoodBye presents a heart-warming story about life, family, and relationships and it is expected that the movie is going to take the audience on a roller-coaster filled with emotions filled with laughter, warmth, and tears.

The movie stars Amitabh Bachchan and Rashmika Mandanna in the lead role. It also stars Neena Gupta, Pavail Gulati, Elli AvrRam, Sunil Grover, and Sahil Mehta in pivotal roles. The movie’s release date has been announced by the producer and simultaneously this news has been shared via Twitter. Balaji has also made collaboration with the filmmaker Vikas Bahl’s company Good Co.

GoodBye, starring Amitabh Bachchan and Rashmika Mandanna is all set to release

On Saturday, the producer Ektaa Kapoor under the banner of Balaji Motion Pictures shared the news on its official Twitter handle. The caption reads, “Get ready to experience a heart-warming story about life, family, and relationships! #GoodBye releasing on 7th October 2022 in the cinemas near you!”

The last year, when this movie went into the floor the producer Ekta Kapoor made an announcement with a special caption on her Instagram page and a caption reading, “how it started, how it’s (hopefully) going” along with a picture of her younger self with Amitabh Bachchan and then she also shared a muhurat post of the movie GoodBye.

In a statement, she has further said, “Goodbye is an extremely special subject which has emotion and entertainment in equal measure. It’s a story that every family will identify with. I am ecstatic to be working with Mr. Bachchan and thrilled to present Rashmika Mandanna in this beautiful film!”

Rashmika is going to make her debut in Bollywood with this movie by having Amitabh Bachchan in her opposite lead role. She has shared her experience about what she felt while shooting with Amitabh Bachchan. In a podcast interview, the Pushpa actress said that “It has been amazing shooting with him. When you shoot for a long time, you gel with the other actors really well. It’s this blend, which gives performances that are really fun. I’ve been grateful enough to be doing that. We give out performances, and when people see your comfort, the director and everyone, they’re happy. It has been crazy.”

Read- The Batman is going to stream on Amazon Prime Video

Previous articleSamsung Galaxy Unpacked video leaks, claims “Flex is greater than Flat”
Next articleIndia 5G Auction: Here are all the prominent Players in the Race