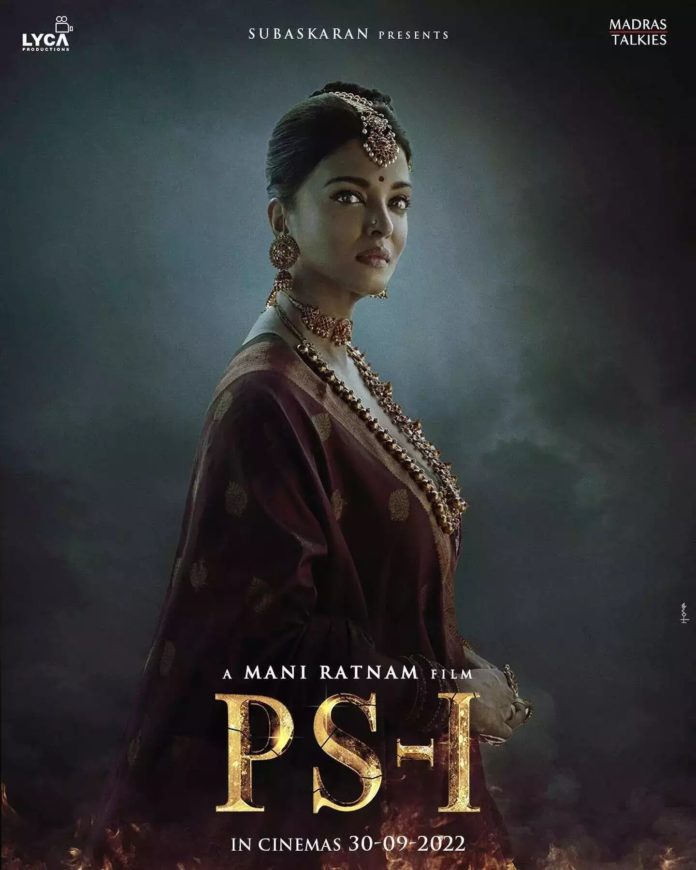 The movie named Ponniyin Selvan 1, Aishwarya’s upcoming movie poster is out now. Aishwarya Rai Bachchan is going to play the role of Nandini in this movie. In this poster, Aishwarya looks like a very compassionate queen. But looks can also be deceiving, it is said that Nandini is the main antagonist of the movie. This movie is set against the backdrop of the Chola empire.The producers of the movie has tweeted that reads “Vengeance has a beautiful face! Meet Nandini, the Queen of Pazhuvoor!”

The movie is based on the epic period novel, written by iconic writer Kalki Krishnamurthy. The novel Ponniyin Selvan contains five volumes that narrates the story of Arulmozhi Varma, who has eventually became Rajaraja Chola I.

Ponniyin Selvan is seems to be Mani Ratman’s most abmitious movie both in terms of scale, scope, and budget. This is Mani’s first costume drama, which is a fictionalized account of the Chola dynasty. It has a sprawling star cast, including Aishwarya, Vikram, Karthi, Jayaram Ravi, Trisha, Asihwariya Lekshmi, Sobhita, Sarath Kumar, Parthiban and Lal among others.

The makers of the upcoming movie of Mani Ratnam has kick-started the promotions for the movie with great zeal by releasing a new poster everyday. Earlier it has revealed the character looks of Vikram and Karthi.

Ponniyin Selvan 1 is going to release on 30th September in the theatres.

GoodBye, starring Amitabh Bachchan and Rashmika Mandanna is all set to release in October