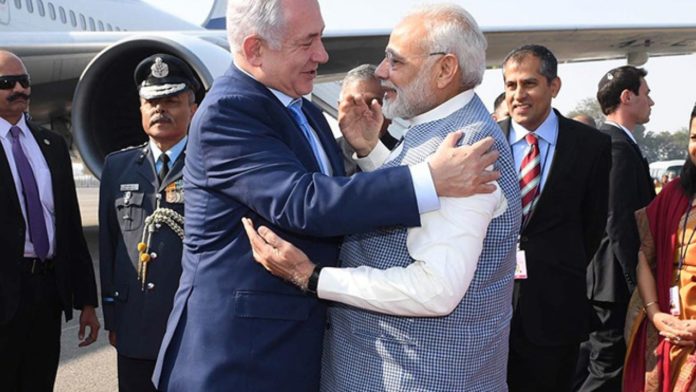 This link between India and Israel, which spans both history and the present period, may open the door for later collaboration in satellites, technology, and space. India and Israel have a number of complementary partnerships.

This was the major topic of a panel discussion and book release put on by the prominent public policy group Ananta Aspen Centre, titled “Trusted Partners: 30 Years of India Israel Diplomatic Relations.”

The first group of Indians entered Israel in 1950. There are now three significant communities of Indian Jews in Israel. The order of the groups is Kerala, Maharashtra (Benisrael), and Baghdad (Baghdadi jews). Many parts of the culture of the Malyali or Marati-speaking Jews have been seamlessly assimilated into Israeli society. Malayali-speaking Jews have historical ties to India that date back to the Roman era. similar to how the brahminical, pure, and exclusive cultures have been blended into Israel’s indigenous culture.

What Israel can teach India about water and agriculture In 93% of situations, the sewage is recycled and applied to farmland. India produces more milk than any other country in the world, but because of our incredibly low productivity, it would be great if Israel educated India about productivity and accounting. If we could scale up technology in India, it would be a wonderful investment opportunity and result in prosperity for both parties. Our water canals only deliver 30% of the capacity when it may be 90% efficient.

Use of fertilizers and water where greenhouse gas emissions are limited should be subject to official and scientific examinations. We also need to learn how to combine productivity and markets because if productivity increases without a market for the food, prices will drop and farmers won’t use new technology, which would have allowed them to increase production.

It has been determined that India’s space program is crucial to the socioeconomic development of the nation. Israel’s space program was started in response to occasions like the signing of the peace treaty, but due to shared objectives, both countries’ programs are integrating.

Regardless of the weather, we now must monitor our coastal boundaries both during the day and at night as a result of September 11. We were helped by Israel’s Synthetic Aperture Radar technology. There are many similarities between India and Israel in this regard. Israel backed India even though the majority of countries denounced it when it carried out its anti-satellite test.

It has been suggested that the two countries will collaborate and work together in the fields of quantum, cyber, and crypto technology. In all crucial sectors, such as the military, cyber, and space, India and Israel collaborate.

Rice and wheat, which are relatively expensive in Western countries, are provided for free or very cheaply to a large portion of the population in India. Freebies create a number of inefficiencies and leaks in the system. It should be remembered that farmers are helped through an income policy strategy rather than a pricing policy approach.

Previous articleDeal: Sapphire Pulse AMD Radeon RX 6600 available on Amazon for only ₹33,499
Next articleMastercard collaborates with Softcell as a channel partner for its cybersecurity offerings in India