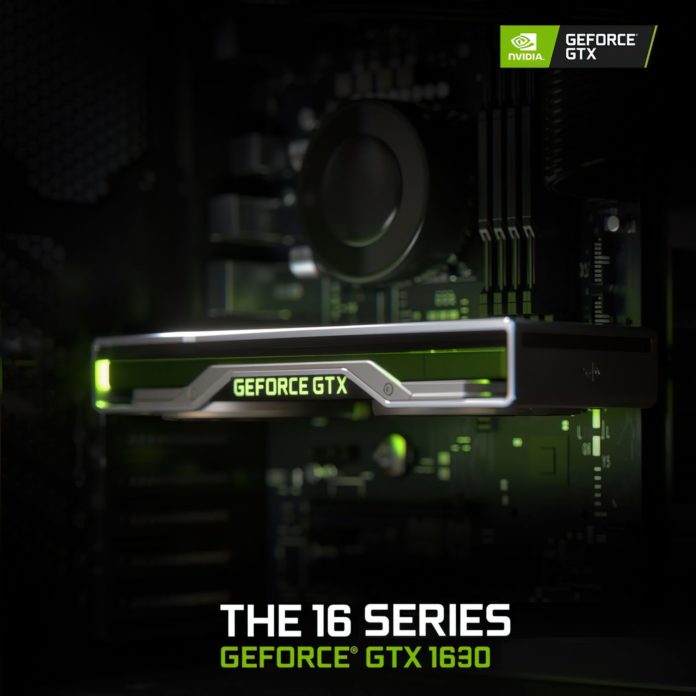 NVIDIA GeForce GTX 1630 4 GB graphics card, an entry-level model targeted at the $150 US market, will soon be available for purchase. The graphics card will now be released on Tuesday, June 28, as opposed to the 15th of June as had previously been rumoured, according to sources from Chinese board outlets.

Colorful graphics card factory issued the latest notice that GTX1630 series models will be shipped soon, reminding branches and agents to pay attention to the delivery time. It is expected that the factory will be able to ship from this weekend or early next week, but there is no official announcement to lift the ban. Time, it is expected that the official sales will be allowed around June 28, subject to the official notice from NV —- Machine Translated via Board Channels

The GTX 1630 is currently being transported to merchants all around the world, so at the time of its release, there should be enough stock. The price of the graphics card is likewise anticipated to be 1000 RMB, which, despite the Arc A380’s greater performance, represents a savings of 30 RMB.

We could expect to pay around USD 150 for 1000 RMB, while we might pay less elsewhere. Most deployments of the NVIDIA GeForce GTX 1630 will be made to the OEM and entry-level markets. We have already seen DIY options in ITX and SFF variations.

The card will also include a 4 GB memory buffer and a 64-bit memory bus, which is considerably less than the TU117 GPU’s maximum 128-bit memory bus. Memory bandwidth will increase to 96 GB/s with the NVIDIA GeForce GTX 1630.

Although it has less bandwidth than the GeForce GTX 1050 Ti, a Pascal series graphics card from six years ago, it still has a 4GB GDDR6 memory base clock of 12 Gbps. When compared to online 3DMark benchmarks, the RAM is significantly more than 72% faster than the GTX 1650 GPU.

Previous articleHere is the list of Top 8 Unknown and Interesting Facts about Ranbir Kapoor’s Shamshera film
Next articlePathaan poster revealed: Shahrukh Khan celebrates his 30 years in the film industry