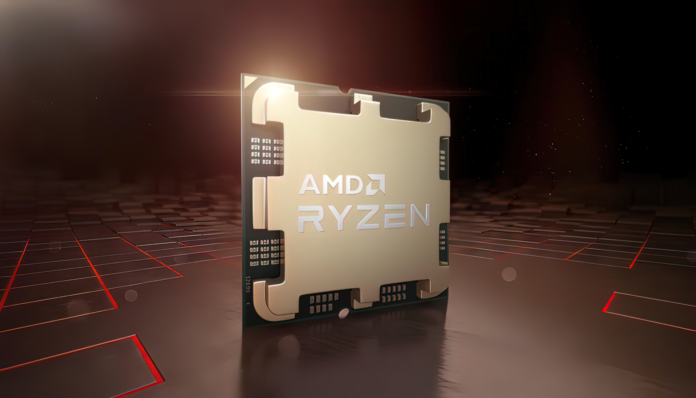 The AMD Ryzen 7000 Desktop CPU family was been revealed, and it will hit stores on September 15th. The Ryzen 9 7950X, Ryzen 9 7900X, Ryzen 7 7800X, and Ryzen 5 7600X are all expected to be part of the launch range, according to Greymon55. The core configuration will be the same as the Ryzen 5000 predecessors, but with the newer Zen 4 core architecture and a packaging design that is only compatible with the AM5 (LGA 1718) socket.

The AMD Ryzen 9 7950X is the first, and it will have up to 16 Zen 4 cores and 32 threads. AMD’s Ryzen 9 components will incorporate two Zen 4 CCDs to enable over 8 cores, and clock speeds will be exceedingly high, with a prototype 16-core CPU clocked at over 5.5 GHz across multiple threads during the Computex ‘Gaming’ showcase. TDPs of up to 170W and PPTs of up to 230W are expected for the most powerful AMD Ryzen 9 7000 SKUs.

In Chinese markets, AMD’s Ryzen 9 5950X had a similar listed price of 6049 RMB, thus this appears to be a regional pricing issue, and the final pricing for AMD Ryzen 9 7950X will be the same as its predecessor at $799 US.

The Ryzen 9 7900X processor from AMD would include 12 cores and 24 threads. The CPU would most likely be aimed at Intel’s highest Core i7 SKU, which might have 16 cores and 24 threads, equivalent to the fastest Alder Lake CPU, the Core i9-12900K. They should have lower boost frequencies in terms of clocks, but we don’t know yet whether this chip will have a 170W TDP or a more moderate 125W TDP. In the United States, this SKU is anticipated to cost between $550 and $600.

Moving on to the mainstream parts, the AMD Ryzen 7 7800X, which will replace the Ryzen 7 5800X3D, an 8-core part with 3D V-Cache, is expected to retain its 8-core and 16-thread design, as well as some extremely high clock rates. In the United States, pricing should be in the range of $450 to $500. It will be curious to see how the Zen 4 8-core compares against the Zen 3 V-Cache 8-Core.

The Ryzen 7 7600X, a 6-core CPU with 12 threads and Zen 4 cores, is the final option. The chip will be the most entry-level SKU at launch before AMD moves forward with other low-end SKUs. In the United States, it should cost between $300 and 350 dollars. AMD’s Ryzen 5 CPU segment was doing fairly well before Intel debuted Alder Lake and its Core i5 SKUs. It’ll be fascinating to watch if AMD can recover control of the mainstream market, not only against Alder Lake but also against standard Raptor Lake products.