Realme Pad X 5G to be announced on May 26 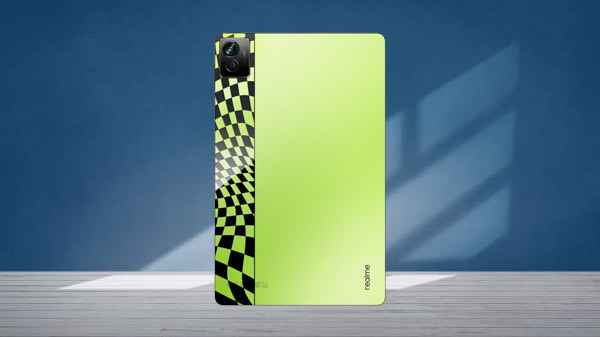 Realme Pad X 5G will be launched on May 26. Ahead of the launch, the tablet is also up for bookings on the Chinese retailer site, JD.com disclosing its official renders.

Realme has also posted the first teaser image of the tablet that shows the tablet in Neon Green with racing streaks on the back. It will disclose that the tablet will come in Blue and Grey colors. There will also be stylus support as well. The device will sport a slim profile of 7.1mm.

As per the renders via listing on JD.com, the tablet will come in two alternatives. There will be 4 GB RAM + 64GB storage and 6GB RAM + 128GB storage variants. The tablet will sport a slim handgrip on the front and a single camera setup on the back along with AI branding.

Also, the right side will be armed with a volume rocker while the left side will have a SIM slot. The top will feature the power button, as per the listing.

The specifications of the Realme Pad X are not official, the rumors suggest that the upcoming Realme tablet could be arriving in two CPU variants. The first one may arrive with the Snapdragon 870, whereas the second one could be a variant featuring the Snapdragon 8 Gen 1 chip.

In addition, the Snapdragon 870 chipset variant will be armed with an LCD panel that will provide a 2.5K resolution and 120Hz refresh rate. It will be charged by an 8,360mAh battery. The tablet will have support for a stylus, which could be called the Realme Pad Pen. The device may arrive in the price range of 300 dollars.

It could also be powered by yet to be announced Snapdragon 8 Gen 1+ chipset. This variant could be called the Realme Pad 5G Master Explorer Edtion.

Previous article2022 Distribution Ranking: Android 11 at the Top | Android 12 is nowhere to be Found
Next articleAmazfit GTR 2 New Version: Get ready for the first sale, starts today