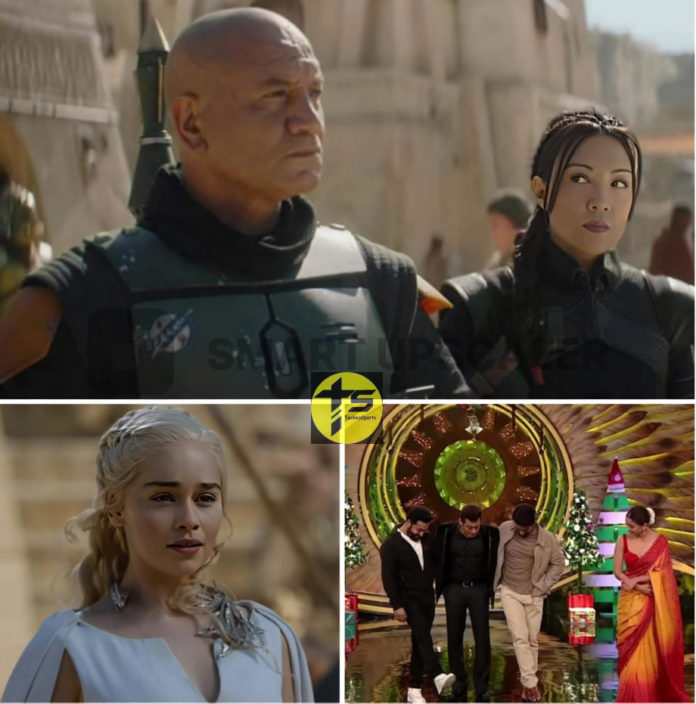 All the OTT Platforms are geared up to launch some summer-filled blockbuster web series, and it will provide a kick-off with their incredible series lineup of the last month. In addition, it is expected that all the OTT platforms will be filled with many original release films and shows in the coming days.

Last month, all the OTT platforms were released in many show categories, whether it is a thriller, rom-com, or action. In November, there are several shows on which audience have shown their more love by watching mostly.

Here is a list of the Top 10 Web Series of last week:

It is one of the popular shows that contains nine noble families battling to take control over the lands of Westeros when an ancient enemy comes to the start of being dormant the millennia.

9. A Discovery of Witches

It is about Diana Bishop, a historian, and witch who has been accessing Ashmole 782 and is also known as she must solve the mysteries. Now she has been offered help by the enigmatic  Matthew Claremont, but he is a vampire and witches should not be trust vampires.

It reveals Mark who is a leader of the team of office workers whose memories have been surgically split in their work and personal life. After a  strange colleague finds outside of work it starts a journey to find out the truth.

It is a live-action film featuring the animated version of Disney’s chipmunks. Chip and Dale. It is a very interesting and adventurous animated film and the characters are seriously so interesting.

6. The Book of Boba Fett

It will depict the former right-hand man and the presumable inheritor of the gangster’s underworld empire, Bib Fortuna. Fennec Shand also will walk down to the steps to the throne room, and blast a couple of Gamorrean guards like Fett will follow just a few steps behind her. The Fortuna’s just shocked like they had been while they first heard about Fett has been survived the Sarlacc.  In this Fett blasts him and also will pull the bulky body of Fortuna off the throne and will sit there himself with the Shand like his sid.

In this Jeremy Bulloch as Boba Fett. It is expected that Boba will return to Tatooine for making the underworld empire run by the notorious gangster Jabba the Hutt his own.

It is an anime series adapted from Part II of Masashi Kishimoto’s original manga series containing 500 episodes. It has followed the ninja teenager Naruto Uzumaki and his allies.

It is a South Korean zombie horror series. There are the students who are making their way to Hyosan High School on a seemingly ordinary morning. The biology teacher explains, “ A virus…the instinct to survive surpasses intelligence. Humanity has never defeated a virus,”

After that, the female student  Hyeon-Ju steps forward to the lab rat that bites after she just sticks her finger into the enclosure. She comes back to the classroom and is covered in blood, surprisingly turning into a horrible zombie after her classmates just take her to the office of the nurse. The situation becomes out of control after the deadly virus starts to spread among students and staff.

After that, the biology teacher explains, “Rather than die as a human, I wanted him to survive as a monster,” After that the teacher explains in the interrogation room and suggests that he might have had a hand for spreading the virus.

This animation follows the attack by demons and also contains only the two members’ survival. There is Tanjiro and also his sister Nezuko who also has been turning into a demon slowly. Now Tanjiro also set out to become a demon slayer to take the avenge his family.

It is a reality show hosted by Salman Khan. In this show, the contestants will be isolated from the outside world and the contestants live together in a house under the live cameras as they monitor their film. They also perform many tasks and avoid eviction to be declared.

This new show is based on Vikrama and Homi meeting for the first and becoming friends and guiding India into taking the first steps to become a nuclear superpower. It also contains the cameos of the first prime minister of the country Jawaharlal Nehru and also everyone’s favorite president APJ Abdul Kalam.

Jim told about the role, “  Taking on the role of Homi Bhabha is extremely special, partly because of our shared Parsi heritage but mostly because of the interesting, driven, Renaissance man he was,” he is also very famous for his work in Padmavaat, Made in Heaven and Neerja.

Ishwak became a popular face after starring in Amazon Prime Series Patal Lok. On talking about Rocket Boys he said, “ We often hear about biopics on sportspersons and freedom fighters, but the concept of Rocket Boys on to the life of India’s science heroes, really grabbed my attention when I heard the script for the first time.”

A huge thanks to JustWatch for the Insights.