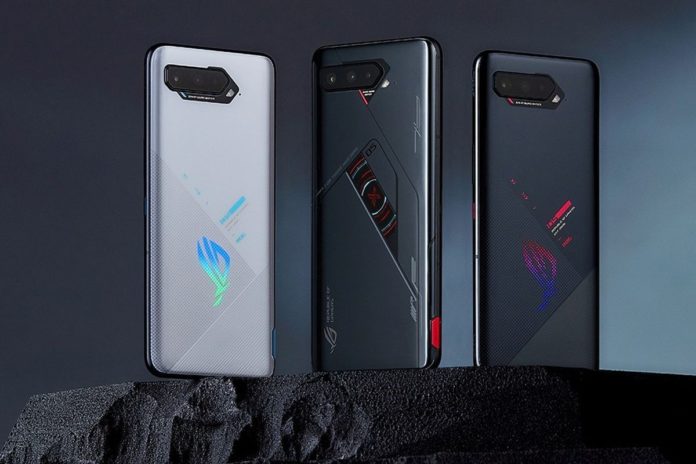 The ASUS ROG Phone 5s Series was first launched in August of 2021 but it did not release to all markets globally such as India. Today, with a virtual launch event, ASUS has finally released the ROG Phone 5s Series in India comprising two variants. Let us take a look at the detailed specs of the devices.

In terms of display, both the vanilla variant and the Pro model have a 6.78″ FHD+ sAMOLED display, they arrive with a high refresh rate of 144Hz with 24ms touch latency and HDR10+ support. It has a touch sampling rate of 300Hz and a peak brightness of 1200 nits. The display has a layer of Gorilla Glass Victus for protection.

In terms of audio, you get 7-magnet stereo speakers with Dirac HD Sound. The battery is a 6,000mAh one but here is where it gets interesting, the battery is split into two 3,000mAh units for better thermal management. You get 65W fast charging support and the battery can go from 0-70% in under 30 minutes.

The temperature is kept under check through an amazing cooling system that consists of large graphite cooling pads and a ‘copper 3D vapor chamber.’ An optional cooling fan accessory that can be attached to the rear is also available.

In the optics department, you get a triple camera setup with a 64MP primary Sony IMX686 sensor with a 13MP ultrawide lens, and macro cameras. The device has a 24MP selfie shooter.

The major point of difference between the ROG Phone 5s and the ROG Phone 5s Pro lies in the rear RGB lighting system. While the standard model features RGB lighting at the back, the Pro variant takes things a step ahead with a mini-display and a bunch of pre-defined animations for multiple scenarios.

Previous articleGoogle made a smart lamp but its not for you
Next articlePOCO M4 Pro 5G launched in India with the MediaTek 810 chip, 90Hz refresh rate, and more