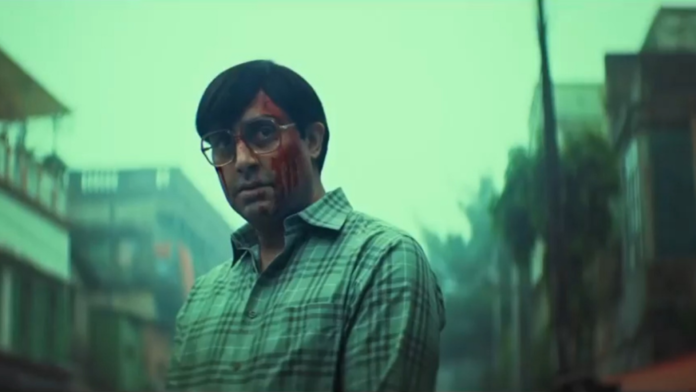 The film’s teaser was released on Thursday, and Abhishek has shared it on his social media accounts.

He captioned his post, “Ek minute…Bob ki nazar aap par hai. Watch #BobBiswas trailer tomorrow at 12 PM.” There is the ‘Ek minute’ part of the post that refers to the dialogue of Bob in the movie Kahaani,  who would rather look very mournful and say, ‘Ek minute’ before shooting his victim. This character was played by Saswata Chatterjee in Kahaani and featured Vidya Balan and Nawazuddin Siddiqui.

It is also contained with a voiceover, “You might not remember, but you are a bad man…”. In an interview, Abhishek said about the film,” Bob Biswas is a principal character which I only realized after I signed the film. So I feel once you get the look right, it is half the battle won. I am happy that people approved of the look, and that’s a massive boost for me and the film.”

This film has been produced by Shah Rukh Kahn’s Red Chillies Entertainment and Sujoy Ghosh’s Bound Script Production, and it has been directed by Diya Annapurna Ghosh. It will also feature Chitrangada Singh, and the shooting was wrapped up in  December 2020.

This movie Bob Biswas has set to release on December 2021 on ZEE 5. In the teaser, Abhishek has been spotted with the hairstyle of Bobb.