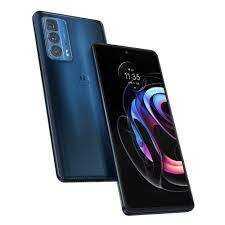 Motorola is preparing to unleash the Moto Edge X powered by Qualcomm’s forthcoming flagship chipset in December. While the rumor mill has been calling the chipset the Snapdragon 898 SoC, a new report that came out today has claimed that the USA-based chip maker will announce it with the “Snapdragon 8 Gen1” name.

As per reliable tipster Digital Chat Station, the Lenovo-owned company is planning to launch dual flagships in China in December. These models are expected to be powered by an existing Snapdragon 8-Series chip and the next-generation 8-Series SoC.

The tipster claimed that in a bid to launch dual flagship phones, Motorola will also announce a phone powered by the Snapdragon 888+ chipset. The chipset has powered some notable flagship devices such as the iQOO 8 Pro, Vivo X70 Pro+, Red Magic 6S Pro, ROG Phone 5S, Honor Magic 3 Pro, and the Meizu 18s.

It will come pre-installed with MyUX based Android 11. The Edge X may feature a 60MP front-facing camera. Its back panel may house a 50MP+50MP+2MO triple-camera unit.

This model is speculated to debut with the Motorola Edge 30 Ultra moniker in Europe in January.