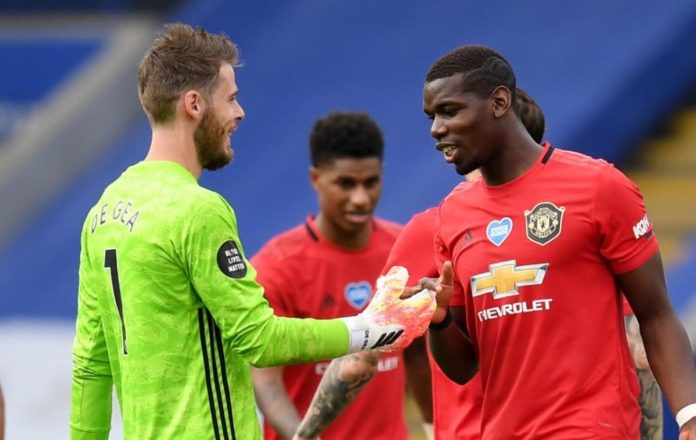 Despite their on-field troubles, Manchester United remains one of the most popular clubs in the world, with a global fan base. The pay cost for the Red Devils is the biggest in the Premier League, at more than £226 million per year, according to reports.

We take a look at the club’s five highest-paid players in this article.

Cristiano Ronaldo completed a dramatic return to Manchester United in the summer after a 12-year absence, and his earnings are indicative of his value in the sport. The 36-year-old is paid a whopping £510,000 a week and has already proven his worth by scoring six goals in nine games across all competitions.

David de Gea has battled the past two seasons, but his form has improved this season, and the Spaniard appears to be getting back to his best. Before the arrival of Cristiano Ronaldo earlier this summer, the 30-year-old signed a new four-year contract with the club, making him the highest-paid player at Old Trafford.

After courting Jadon Sancho for more than a year, United eventually got their man in the summer, with the youngster agreeing to a five-year contract with salaries of £350,000 per week. However, the 21-year-time old’s at Old Trafford has not been easy, as he has yet to make an impression, having failed to register a single assist or score a goal in 11 outings.

Paul Pogba was purchased for a then-world-record sum in 2016, but his tenure at Old Trafford has been a mixed bag, with inconsistency affecting him. The £290,000-a-week Frenchman has been linked with a transfer away from the club and is now refusing to sign a new contract. It’ll be intriguing to see if he decides to stay with the team next season.

In the 2020/21 season, EdinsonCavan was signed on a free transfer and impressed the management sufficiently to have his contract extended for another year. The Uruguayan, who scored 17 goals in his debut season, has battled for playing time since Ronaldo’s arrival, and he may try to leave in the summer.

- Advertisement -
Powered by JustWatch
Share
Facebook
Twitter
Pinterest
WhatsApp
Linkedin
Previous articleAryan Khan has got bail: Shah Rukh Khan has “tears of joy”
Next articleSteam Halloween Sale is now live: Here’s the date of all the upcoming sales on Steam