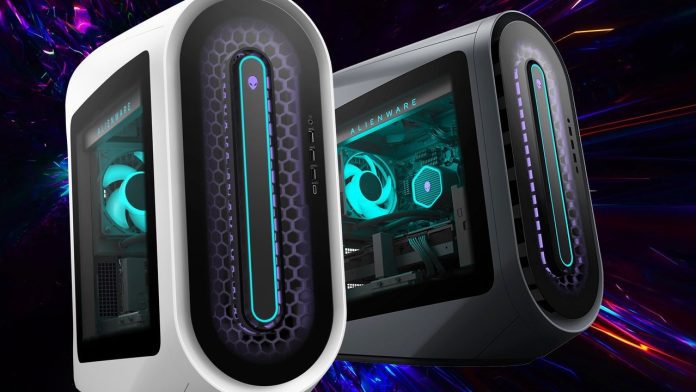 The latest in Alienware’s Aurora R13 gaming desktop will soon be here and the gaming PC comes with Intel’s newly released 12th Gen Alder Lake chip and a brand-new design. Users will get choices to choose anything from the Core i5-12600KF up to an i9-1200KF, and there will be plenty of choices between Nvidia’s graphics cards.

The R13 PC comes with Alienware’s redesigned Legend 2.0 chassis, and it also comes with an increased amount of internal space which will enable a better airflow. The new chassis also offers a clear side panel that tacks on an extra $70 to your purchase.

Alienware also comes with AMD not only Intel, so the manufacturer is also bringing the Aurora Ryzen Edition R14 and it ships with up to an AMD Ryzen 9 5950X chip.

However, access to the 12th Gen Alder Lake chip will be an interesting addition to the PC and the R13 supports up to 128GB of DDR5 RAM. The R13 also gives you the option of installing the Alienware Cryo-Tech Special Edition CPU liquid cooler, which has a 120mm radiator with a pump speed of 2800RPM.

Alienware reports that the highest-rated power supply to be 750W Platinum and the company. Storage is also the same on the R13 and R14 and users can choose up to a 2TB NVMe M.2 PCIe SSD and 2TB SATA HDD. Alienware also announced that both the R13 and R14 will come with Windows 11.