Manchester United vs Liverpool: Lineup and how to watch the Premier League match live in India? 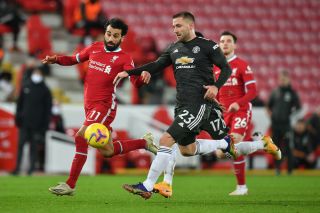 Manchester United are currently 6th in the Premier League table whereas Liverpool are in the third position. Ole Gunnar Solakjaer’s men will be hoping to take the three full points from this fixture to enter into the top four.

Liverpool’s Salah has been in the form of his life and would be a constant threat to the United defence. However, Cristiano Ronaldo can never be written off and he often shows up in big matches. So in all probability, it would be Ronaldo vs Salah, whoever manages to have the best night would help his team to win.

When is the Manchester United vs Liverpool Premier League match?

The Premier League match between Manchester United and Liverpool will be played on 24th October 2021.

The match will be played at Manchester United’s home ground, Old Trafford.