Apple M1 Pro: The answer to Intel and AMD, why is it soo special? 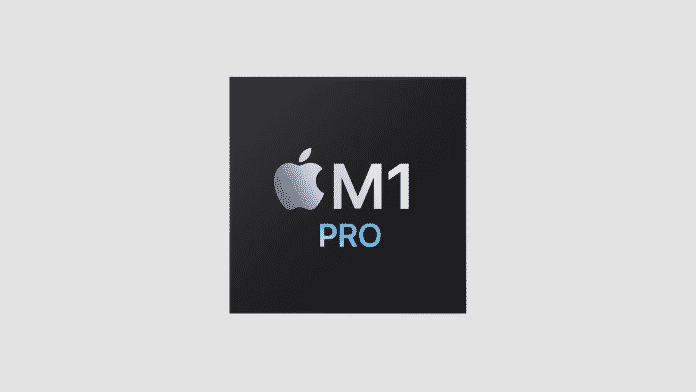 The Cupertino giant has gone massive in terms of its revenue, its evaluation, and as a company, so, even though it is the king of making products, its independence came way back when they used their own silicon for mobile chips. Between that, Apple had faced a considerable transition, though making more profits off lately but has stuck with Steve Job’s original principle.

The “Think Different” slogan from Apple was a statement to deliver ground-breaking things and charge the so-called “Apple Tax” for a premium product. However, their iPhones continues that trend, but on Macs, things got slowed down because they were not happy with Intel.

Last year, Apple ultimately transitioned to its own in-house Apple Silicon, named its M1 chipset, built using ARM architecture but with a 5nm process. This made it not only powerful but also a lot more efficient than AMD and Intel processors, making both M1 as well as macOS a seamless experience.

The new M1 Pro steps up the game, built on the same 5nm process and with 8 high performance along with 2 efficient cores, the M1 Pro is a monster for a laptop. It draws significantly low power than a high-performing AMD or Intel, which max out at 45W (gaming laptops).

The best part of an Apple Silicon is that it is custom made by Apple, and that means all of its features are controlled by the Cupertino giant. Features like ProRes encode and decode, Secure Enclave, unified memory leading to a whopping 200GB/s memory bandwidth are some of the insane features Apple is able to put in.

The vast 32GB unified memory with LPDDR5 interface makes it ultra-fast while still being able to have ultra-low latency. Thanks to this unique design i.e. being an SoC having to draw unified memory makes them more powerful and have more bandwidth than ever!

Apple also promises 70% better performance of the M1 with the new M1 Pro that bags a 24MB L2 cache for the high-performance cores while two high-efficiency cores have 4MB L2 cache. We know already how powerful M1 was, so an increase by over double over last-gen while still retaining the efficiency is a great job for Apple.

On top of that, you have a 16-core GPU with 2048 execution units giving up to a whopping 5.2 teraflops of GPU performance. Apple says this is double the performance to that of the M1, and the dedicated Media Engine helps in the video encode/decode in HEVC format.

Also, you have a 16-core Neural Engine, memory cache, secure enclave, Thunderbolt and a dedicated Display Engine. In its graphs where it compared an MSI Prestige 14 EVO with a quad-core Intel chip, you see M1 gives good performance drawing less power, and M1 Pro/M1 Max is out of the picture.

Apple also compared them with an 8-core laptop, here, the MSI GP66 Leopard 11UG-D18 gaming laptop with Intel’s 11the Gen Tiger Lake-H processors. These are the fastest Windows laptops out there, and while drawing also to 70W TDP, the M1 Pro or M1 Max gives superior performance drawing only 30W TDP. This is almost 1.7x the CPU performance vs the power consumed, which is incredible and has a lot of benefits.

The same MSI gaming laptop was also used as a reference in GPU comparison as well, showing the M1 Pro delivers 7x better graphics than the integrated GPU. Now, when compared with a Lenovo Legion 5, most probably with an RTX 3060 drawing over 100W TDP, the M1 Pro gives similar performance drawing far less power, about 70% less power.

Indeed, this kind of performance in a thin enclave like the MacBook Pro is no doubt revolutionary and at 30W, Apple could destroy Intel, AMD and NVIDIA powered beefy notebooks. Though they are costly, this marks Apple dominance, which we are to see in the near future as M1 Pro will indeed create a stance in the market.