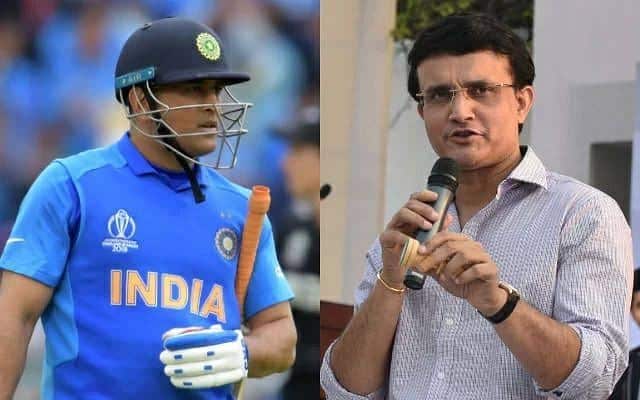 BCCI President Sourav Ganguly made a surprising revelation that former Indian Captain MS Dhoni is not charging any amount of money for being the mentor of the Indian side for the T20 World Cup. Ganguly was flattered by Dhoni’s gesture for giving his wisdom to the Indian side for free.

“Dhoni will not charge anything to mentor the Indian team,” Ganguly announced. The former Indian left handed batsman was extremely grateful that Dhoni accepted this job. The Board had roped in MSD last month during the squad release of the Indian cricket team for the ICC T20 world cup.

Why has the Board selected MS Dhoni as the mentor of the Indian team for the T20 World Cup?

MS Dhoni is widely regarded as one of the best wicket keeper batsmen in the history of the sport. Moreover, his name also comes among the elite list of greatest captain of all time. As a result, roping him to mentor a Indian side filled with youngsters was a no brainer.

The former Indian captain has played 90 tests, 350 ODI’s and 98 T20I’s for India during his career. Out of which he has helped India win the prestigious T20 World Cup in 2007, 50 over World Cup in 2011 and the ICC champions trophy in 2013. Therefore one can say that his inputs will be extremely valuable for the Indian side.

In addition to all the international achievements, MSD has been highly successful as a captain for Chennai Super Kings. The Chennai captain has led the side to three IPL titles and has helped the squad qualify 9 out of 10 times in the playoffs. Known for his calm decision making, Dhoni will release the pressure of new players like Chakravarthy, R. Chahar and many others.

Therefore it will be interesting to see how this Indian team fares under the guidance of MSD as a mentor in this T20 World Cup that will take place from 17th October-14th November in UAE and Oman.