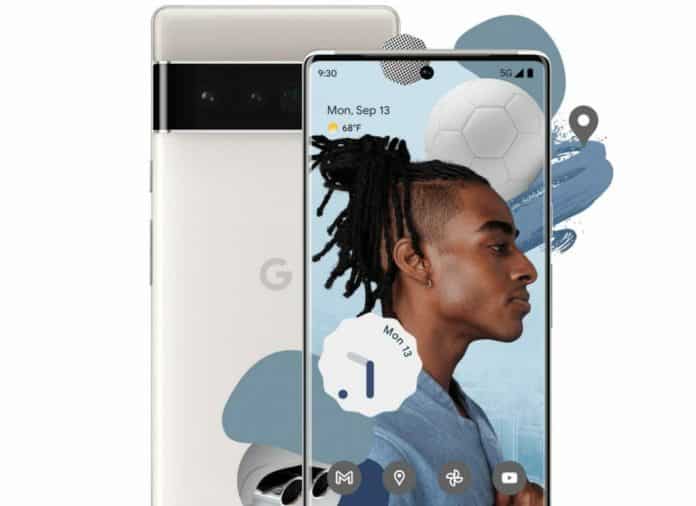 Google Pixel 6 Pro specifications have leaked after the iPhone 13 launch event. The leaked specs suggest that the Pro model will not feature Active Edge. This means that users can no longer squeeze the sides of the Google phone to activate Google Assistant. The XDA report states that users can instead double-tap the rear panel to activate the assistant. While the Pro model gets support for Battery Share reverses wireless charging, the standard Pixel 6 does not.

The Google Pixel 6 Pro will be equipped with a triple rear camera setup comprising a 50MP Samsung GN1 primary sensor, a 12MP Sony IMX386 ultra-wide lens, and a 48MP Sony IMX586 telephoto snapper with 4x optical zoom support. For selfies and video calling, there will be a 12MP Sony IMX663 front-facing camera.

In addition, the Pixel 6 Pro is tipped to feature a display panel with a resolution of 1,440×3,120 pixels and a 120Hz refresh rate. There is no clarity on whether the refresh rate will be variable or not. It is reported to come preinstalled with a digital car key application that essentially will let users unlock their car with their smartphone using NFC or ultra-wideband support (UWB).

The Pixel 6 series features Google’s first in-house processor: Google Tensor. The Pixel 6 series will come with ultra-wideband (UWB) technology for tracking nearby objects. Google will also use Samsung’s Exynos 5123 5G modem. The Tensor-powered performance unit will be paired with a Mali-G78 GPU and come with 12GB of LPDDR5 RAM.

A 5,000mAh battery is said to power the Pixel 6 Pro. Other features include 5G, GPS, Wi-Fi 6E (6GHz Wi-Fi), stereo speakers, an IP68 rating, an optical under-display fingerprint. On the software front, the Pixel 6 series will run Android 12 out of the box.