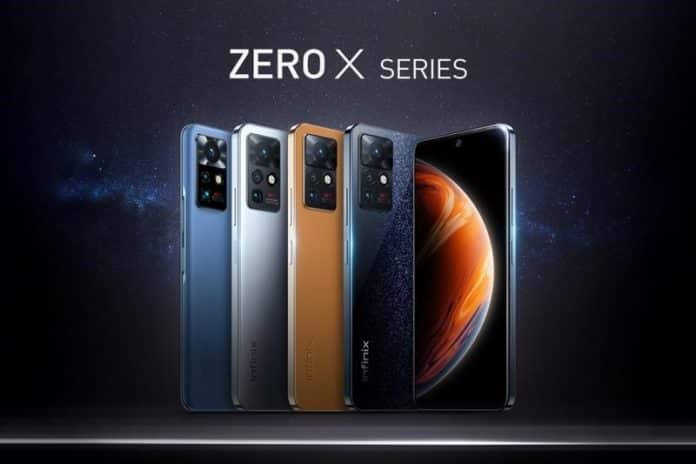 Infinix has launched its much-awaited Zero X Series, the first device from the company to feature periscope lenses.

Periscope lenses have always only been spotted on premium models, Infinix has really taken the space theme seriously with the Zero X Series, these devices can photograph the moon perfectly as per Infinix’s claims.

All three devices from this lineup have been equipped with a periscope lens with 5x optical and 60x digital magnification. It has also developed an algorithm it dubs as Galileo Engine to control the camera while capturing images of the Moon and later on processing this data to get better results.

The three models use different main cameras, however, the leader of the pack is the Infinix X Pro that features a 108MP primary sensor along with Optical Image Stabilization or OIS. The vanilla Zero X has a 64MP primary sensor with OIS, while the Zero X Neo comes with a 48MP camera without OIS.

All three devices share periscope modules with an 8MP sensor and an 8MP ultrawide sensor that double as macro shooters. The devices all have a 16MP selfie shooter.

All three models feature the MediaTek Helio G95 SoC under the hood, a 12nm chipset with two Cortex-A76 cores(2.05GHz), and a Mali-G76 MC4(900MHz), this chipset tops out at 90Hz refresh rate at 1080p+ resolution, but that is not good enough for a Pro model, or even a vanilla model it appears.

The Infinix Zero X and Zero X Pro use the same 6.67″ AMOLED display with a refresh rate of 120Hz and a touch sampling rate of 240Hz, the G95 SoC paired with MediaTek’s Intelligent Display chipset enables higher refresh rates.

The Infinix Zero X Neo has a larger 6.78″ LCD screen with a 90Hz refresh rate and 180Hz touch sampling rate. This device also has a larger battery with a 5,000mAh capacity and 18W charging.

The Infinix X and X Pro are faster, they have 4,500mAh batteries with support for 45W fast charging, which can go from 0 to 40% in 15 minutes, however, you will not be able to use Infinix’s 160W charging tech on this device.

The Infinix Zero X Series will be available in Nigeria, Thailand, Indonesia, Egypt, and other regions. There are no plans to expand to Western Europe or the US yet.

Infinix has left us hanging when it comes to the exact pricing and availability of the Zero X Series, it is rather unusual to do so in a launch event but we will have to wait and see till the company releases more information. In all likelihood, the devices may be priced around the $300(22,106 INR) mark.