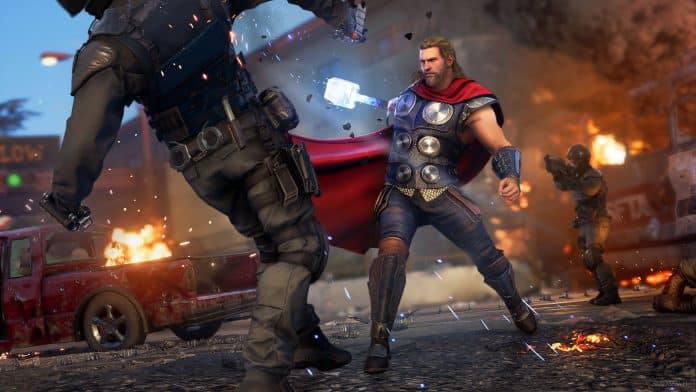 Marvel’s Avengers hit the scenes approximately a year ago and the start of the game was not what we would be expected for something based on our favourite superheroes from MCU.

Developed by Crystal Dynamics, the developer studio has recently released a new road map of the game for the rest of 2021. The latest roadmap reveals some details for the first raid, a power level cap increase, and, has again confirmed that Spider-Man is slated to come to PlayStation later this year.

Coming to the details released about the developer studio, we first have a final confirmation that, yes, Spider-Man is still slated to be released sometime this year as a playable character in a new Hero Event exclusive to PlayStation players.

And that’s about it, unfortunately, that’s about all the details Crystal Dynamics shared today about the confirmation of Spider-Man in the Avenger’s game.

The roadmap revealed by Crystal Dynamics shows Avengers’ very first raid content which is called “Discordant Sound” and the raid will come in Standard (power level 150-160) and Elite modes (power level 160-175). During the raid content, players will be facing Klaw and will conclude his story from the War for Wakanda expansion.

Crystal Dynamics also confirmed that there will be a power-level cap increase coming to the Avengers game however there is no confirmation that the increase won’t come at the expense of the gear players have already earned.

In the celebration of its first anniversary, Avengers will roll out several in-game community activities. Starting from September 2 – 16, anyone who has completed all story-based campaigns including the post-launch content like Reassemble, Taking Aim, Future Imperfect, and War for Wakanda will earn a celebratory nameplate.

Previous article“Don’t Look Up”: Netflix has dropped the trailer of DiCaprio’s Comedy-drama film
Next article“RC 15”: All the details about Ram Charan and Kiara Advani starrer film

Marvel’s Avengers Opens Up about the addition of New Characters