“Antim: The Final Truth”: All the details about Salman Khan’s upcoming action film 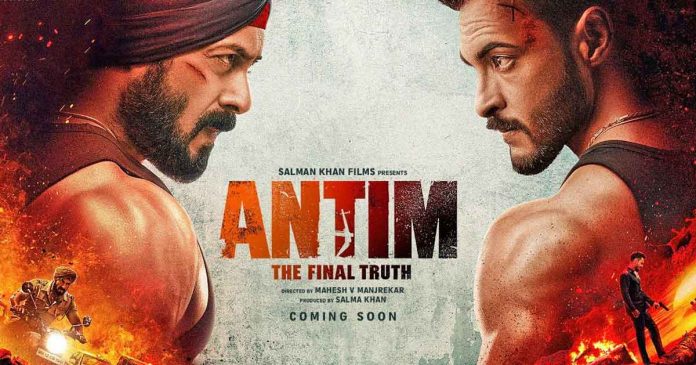 After finishing the shooting of the upcoming film in the second week of July, Salman Khan started for the private screening in the home production for all the staff members of this film. This social distancing was strictly maintained by the people at the time of watching the film at the farmhouse.

All the workers like cook to his security staff, driver, and also the people who work for his farm had watched the rough cut. We all know that Salman Khan likes to watch his films multiple times before they getting released to check everything is all right or not.

As he trusts all his staff members completely for having been with him for years along his high and low times and always provides him such honest feedback. The film has been directed by Mahesh Manjrekar. The story of the film will depict Mulshi Pattern for all the pan-Indian viewers. In this Salman Khan has played the role of a Punjabi police officer. Ayush Sharma will play the role of a gangster named Rahulya. It is the movie with which Salman Khan has been attached personally and emotionally. The role of Ayush is very protagonist and also a challenging character.

The shooting of the film was continued during the pandemic situation and also become one of the fastest films that Salman has finished. The shooting of the film was started in the first week of December last year and it has completed the final schedule in this month. Salman Khan will play the lead role and the rest of the shooting held by Pragya, Ayush, and Mahima shot around Mumbai at the Film City, like last week they shoot at a bungalow in Byculla and Mumbai Mills. The makeup artist Raju nag and the bodyguard Shera also have completed some cameos in the film.

In this film, the Mulsi Pattern had been helmed by Marathi actor-filmmaker Pravin Trads. The story of this film is based on a young man who becomes a gangster after selling his father’s land to the corporates through the gangsters.

The release date of the film did not reveal but they have said that ‘Coming Soon. It is still unknown the film will get a theatrical release or only on the OTT platform.