Here’s the International XI with the most caps worldwide 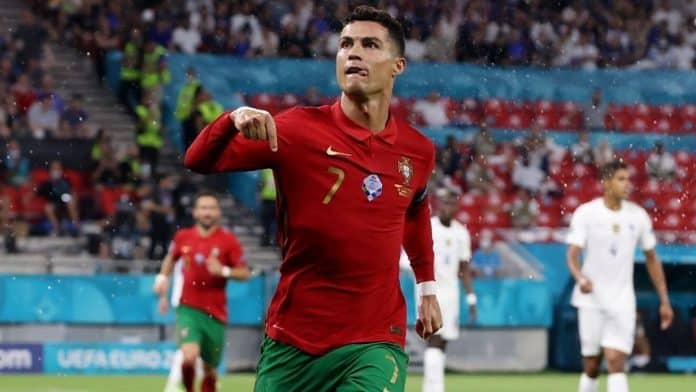 Ronaldo recently made his 180th appearance for the Portugal national team where he broke the record for scoring the most international goals in Europe. So, here are the best 11 players in every position that have the most number of caps.

Deayea made over 20 appearances for the national team in four of his 13 years between the sticks. The keeper was also a part of the team that won the 1996 AFC Asian Cup.

Soh Chin Ann holds the record for having the most number of appearances in international football, worldwide. The defender is an icon in his country, and won a bronze medal at the 1974 Asian Games.

Ramos is arguably the best centre-back of his generation, and has won the European Championships, as well as the World Cup. He has also scored 23 goals for the national team in 180 appearances.

Captaining the national team from the backline, Suarez was nicknamed the Emperor, and he helped Mexico to 3 Gold Cup victories and one Confederations Cup victory.

Cobi Jones spent the majority of his club football career at LA Galaxy, and made 164 appearances for the national team, scoring 15 goals across all caps.

Guardado has citizenship of both Spain and Mexico, but chose to represent the latter. He has made 167 appearances for country, and has scored 28 goals for Mexico. He currently features for Real Betis.

Wearing the number 12 shirt for the Oman national team, Kano has scored 10 goals across his 182 appearances for country. The player featured for several clubs of the Middle East and currently plays for Al Markhiya.

Hassan won the African Cup of Nations on four separate occasions with the national team, and scored 33 goals during his career with the country, spanning 17 years.

Currently 36, Al Mutawa features for the Kuwait national team and has scored 56 goals throughout his career, which has spanned 18 years now.

Ronaldo has won the Euros for the national team as the captain, and is the highest goalscorer in Europe, breaking Ali Daei’s record of 109 goals for Iran.