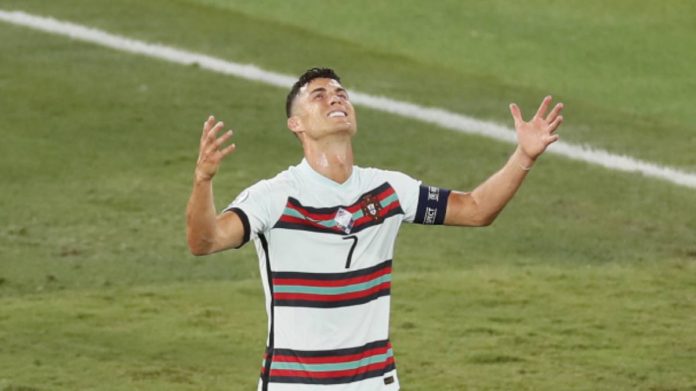 Cristiano Ronaldo has been suspended following him taking off his shirt to celebrate in Portugal’s win against Ireland, and he has been released by Portugal from international duty as confirmed by the football board.

The player recently sealed a sensational return to Manchester United after leaving Juventus, and in the first game since being announced as a Manchester United player again, he broke Ali Daei’s record of scoring 109 international goals.

Surprisingly, Ronaldo was not sent off for slapping Dara O’Shea of Ireland for removing the ball from the penalty spot. He took the penalty, but it was saved as the keeper dived the right way. But, the night was not over yet.

The Portuguese captain netted a brace against Ireland to hand his country the win and establish himself as the top international goalscorer of all time. Ronaldo is now expected to head back to Manchester to start training with the club, and be a part of Ole Gunnar Solskjær’s team to take on Newcastle in their next fixture in the Premier League.

As announced on the Premier League website recently, Ronaldo will be taking the number 7 shirt at Manchester United once again. The sale of Daniel James to Leeds United allowed Edinson Cavani to take the number 21 kit that he also wears for the Uruguayan national team.

There is no confirmation as to when Ronaldo will link up with United yet, but we can expect to see the player at the AON training centre in the days to come.