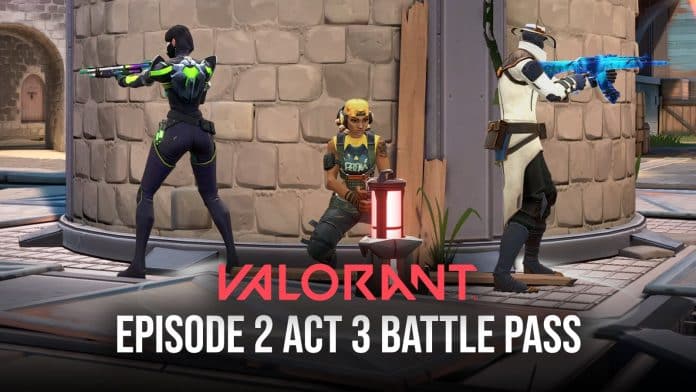 The recent episode 3, act 2 of valorant brings about new items, skins, and a brand new map to the game. Episode 3, act 2 will hit the game on September 8th and will bring about many new features.

This new act will also have its battle pass that includes some free items as well. New details about the new Fracture map that makes its debut with episode 3, act 2 of Valorant has also been revealed by Valorant.

Here are all the items that will be available in the new battle pass:

“This is the first battle pass to feature a Phantom, Vandal, and Operator skin. Artisan and Varnish should feel like they’re made of luxury high-end materials, while Nitro is very graphic and flashy. For the accessories, we tried to incorporate a lot more jokes and memes into this battle pass, especially since players seemed to enjoy some of the more meme stuff we’d put into others.”

‘Fracture’ is Valorant’s seventh map and the first one to have interactive objects that reveal more details on the lore of the game. The map will expand on the mirror verse as well as on both kingdoms.

“The idea for the map came from a simple question: What if?. Specifically, what if attackers started on both sides of the map, pinching defenders? We wanted to ask players to rethink some fundamental assumptions and give them unique problems to solve. For example, for whom is the neutral space really for? From there, the goals just all focused on supporting that “what if.” The H-shape of the map, the neutral spaces, the ziplines, everything is built to reinforce that core idea.”

according to reports, the map also contains 10 hidden Tac-Bears, and players are invited to locate them. David Nottingham, Valorant’s creative director also had the following to say about how the map ties into the game’s ongoing story: