NVIDIA at Gamescom 2021: RTX enhancements coming to Battlefield 2042, Marvel’s Guardians of the Galaxy and more 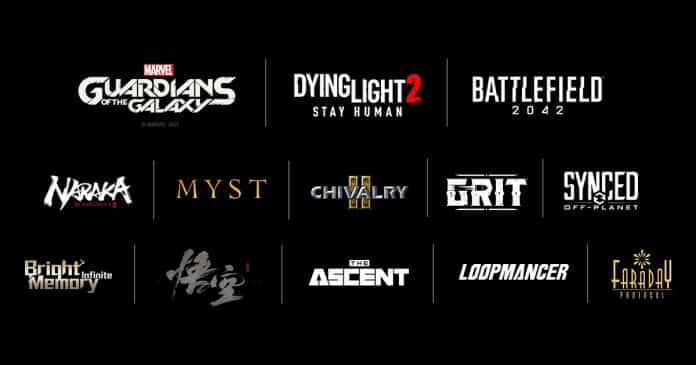 NVIDIA has made the virtual trek to Cologne, Germany and is once again the driving force behind much of the PC gaming news coming out of Gamescom 2021.

NVIDIA announced that when Marvel’s Guardians of the Galaxy launches on October 26, the PC version will launch with ray-traced reflections and NVIDIA DLSS, giving GeForce RTX gamers the definitive PC experience.

“Marvel’s Guardians of the Galaxy combines original storytelling and electrifying single-player gameplay with an edgy aesthetic. With the addition of ray tracing and NVIDIA DLSS, PC players will enjoy this stunning universe’s visuals with even higher performance.” – Olivier Proulx, Senior Producer, Eidos-Montréal

Dying Light 2 Stay Human is coming in December and will include NVIDIA DLSS, as well as ray-traced reflections, global illumination, and shadows.

Escape from Tarkov and Rust Get Reflex Optimizations, Now Even More Responsive!

NVIDIA just released an update to NVIDIA Reflex that includes optimizations for Unity Engine-based games and enhancements to Boost Mode. The first two games to get updated are Rust and Escape From Tarkov, two extremely popular multiplayer titles built with the Unity engine. Escape from Tarkov saw latency reduced from 38% to 58%, while Rust went from 38% to 51%.

Other exciting announcements at Gamescom 2021 include:

Myst also integrates DLSS into its VR mode, making it possible to play the classic puzzle game at a stunning 4864 x 2448 resolution while maintaining 90 fps for a smooth and immersive experience.

“The responsibility you take on when you remaster a classic like Myst is to take the visual fidelity of this classic game to the next level. Ray tracing allows players to experience their favourite Myst moments in a whole new light and NVIDIA DLSS ensures smooth performance as a new generation of players journey to the ages.” – Hannah Gamiel, Development Director, Cyan Worlds

“To win over the Wild West, you always want the best weapons at your side. NVIDIA DLSS is a gamer’s best weapon because it gives you maximum performance and image quality so you can saddle up and take down any gunslingers in your way.”

“In Chivalry 2 we wanted to throw our players into massive battles with clashing swords, flaming arrows, and sprawling castle sieges. NVIDIA DLSS guarantees that as the battle rages on, our players will always get maximum performance and visual fidelity.” – Brian Etheridge, Publishing Director, Tripwire Interactive