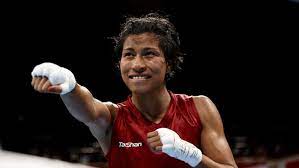 Lovlina Borgohain has secured yet another more Olympic medal into India’s arsenal after her victory against Nien-Chin in the quarter-finals. This is a huge achievement for Lovlina Borgohain as her opponent was a two-time World Championship medalist.

Following which in the second round both the boxers continued to perform on an excellent level, although it was Borgohain who also used her intelligence along with her skills and had an all-over advantage over Nien-Chin. The third and final round just confirmed Borgohain’s victory and a medal for the Assamese athlete.

“Every boxer is different, no two boxers can be same. I follow the footwork of Muhammad Ali, and I also follow his long punch. I see his videos before going for my bouts. Mary Kom is also an inspiration, have heard about her name since I came into boxing. I have seen what she has been through, I have learnt a lot from her. It feels very good that she is here alongside us.”

“Muay Thai has helped me when I started boxing, when I played nationals, I hadn’t learnt boxing so whatever I achieved there was because of Muay Thai. I am not thinking much, I am not settled with bronze medal, I want to go for gold. I have to plan for the semifinals now, there is just one medal and that is gold.”

“I was not fearless when I started out, I did use to take pressure and I used to be a bit scared. Over time, I have developed confidence in my abilities, whatever people tell me, I am not bothered by that and now I am fearless.” Concluded Borgohain.

Tokyo Olympics: COVID-19 cases a threat for India at Olympics