Hakimi’s agent talks about Real Madrid dream for his client 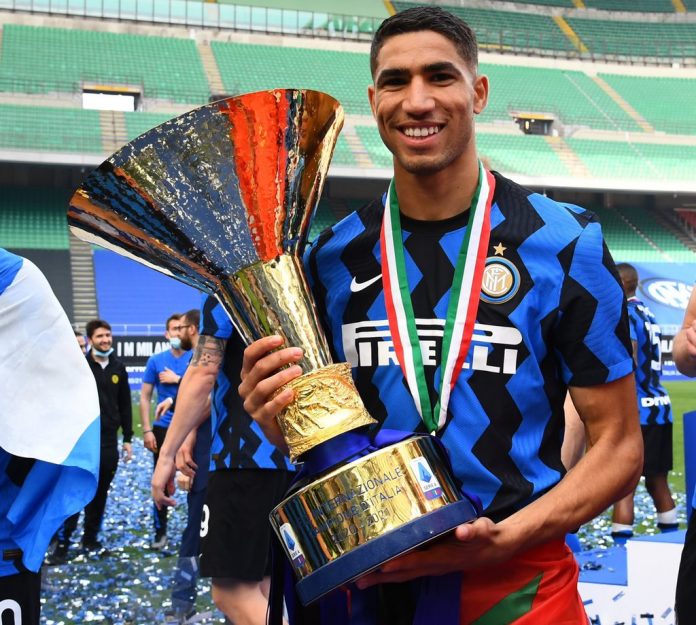 Achraf Hakimi officially joined PSG this week on a five-year contract from Inter Milan. However, despite only just signing for a new club, his agent has talked about the Moroccan’s wish to play for Real Madrid again one day.

‘Real Madrid had the right of first refusal until PSG and Inter said that the deal was going to take place,’ Camano told Onda Cero via Marca.

‘We keep the hope and the dream that Achraf returns to Real Madrid because he was born in Madrid, grew up in Madrid and as a final aim, one day, he would like to play for Real Madrid.’

Hakimi spent three years as one of Real Madrid’s first team players. Two of those seasons were spent at Borussia Dortmund out on loan. He only made 17 appearances for Real Madrid before signing for Inter Milan after the expiry of his loan deal in the summer of 2020. Inter bought him for €40 million with add-ons extra, and have let go of him only a

But despite his long-term plans, he isn’t derailed from the task at hand, saying:

‘After Spain, Germany and Italy, Paris Saint-Germain offers me the chance to discover a new championship with one of the most prestigious clubs in the world. ‘I can’t wait to meet my new team-mates, the fans and experience the incredible colour and passion inside the Parc des Princes.

‘I share the same big ambitions as the coaching staff and my teammates and will do everything I can to deliver what is expected of me.’