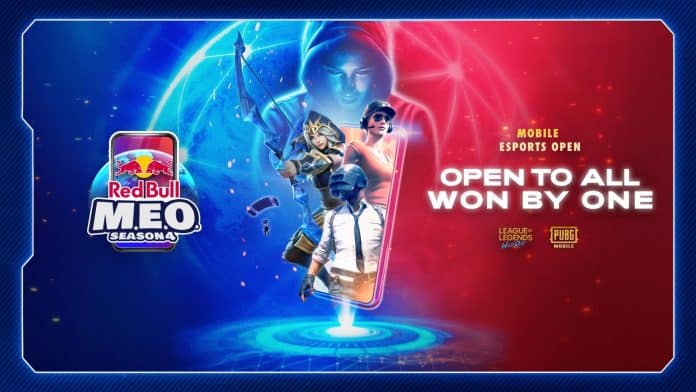 8 July 2021, India: Red Bull Mobile Esports Open, the multi-game global mobile gaming competition, is officially returning for Season 4. In its fourth year, the tournament includes PUBG MOBILE and League of Legends: Wild Rift as feature games, with other additions made on a regional basis, including World Cricket Championship in India and Sri Lanka. 30 countries are taking part in the competition which will run from July to December, featuring both National and Regional Qualifiers and Finals. Open to all, won by one, Red Bull M.E.O. gives competitive mobile players across the world the chance to compete, win, and build their reputation as the best mobile gamer in their country.

Red Bull M.E.O. is a fully open and free to enter competition, featuring the most popular competitive mobile games in the world. The tournament allows players the opportunity to battle it out with the best competitors in their country, as well as in additional Regional events. Mobile gaming is now enjoyed by millions around the world, and this tournament is designed to bring friends, countries and gamers together in a competitive, worldwide celebration of the best handheld competition.

Every country will feature a dedicated PUBG MOBILE competition, the ultimate test of being the last player standing. Some European and Asian countries will also include the newly released League of Legends: Wild Rift, with the Wild Rift map as the proving ground for strategy and tactics. National competitions will be split into Qualifiers and Finals, with events taking place from July to December.

This tournament builds on the success of Red Bull M.E.O. Season 3, which saw more players than ever before competing in national events in 28 countries. Season 3 began in May 2020 and saw more than 60,000 players around the world register to compete. The Finals took place with a twelve-day festival in a virtual Istanbul, featuring tours, interactive mini-games and was attended by the world’s top mobile gamers.

International Online Qualifiers will kick off in October. Keep an eye out for further details on how to register on FACEIT.

Previous article“Kissing Booth 3”: All We Need to Know about the Third Part of this rom-com trilogy on Netflix
Next articleMost Valuable NBA Players of all time