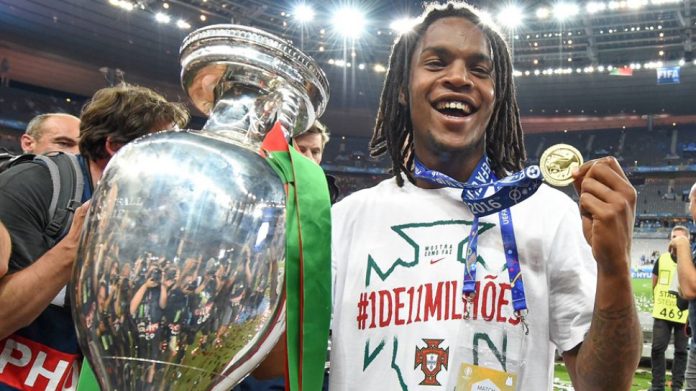 Poland’s Kacper Kozłowski made history on 19th June as he became the youngest player ever to play in the European Championships.

But do you know who is the youngest player ever to play in a European Championship final?

Renato Sanches played for Portugal in the Euro 2016 final against France when he was just 18 years and 328 days old. The Portuguese is the youngest player ever to play in a European Championship final. He also won the final as Portugal shocked the world by defeating France even though Cristiano Ronaldo was forced to be substituted in the first half due to an injury.

Sanches is once again a vital part of the Portugal team as they are looking to defend their title in Euro 2020.

Sanches began his career at Benfica, making his professional debut for the reserves in October 2014 and for the first team in October 2015. In his first and only season with them, he helped Benfica win the Primeira Liga and Taça da Liga double, being awarded Primeira Liga Breakthrough Player and Golden Boy in the process.

Sanches’ performances then attracted German side Bayern Munich, who signed him for an initial €35 million, the highest fee at the time for a Portuguese player playing in the Primeira Liga. His performances fell during his first season with the club, leading him to rarely play. He also could not integrate with the team and had to compete with more experienced players, so he was loaned out to Premier League side Swansea City to play more regularly. However, he did not improve and struggled with injuries.

After returning to Bayern for 2018–19 and playing more matches under manager Niko Kovač, he would only play three matches as a substitute in his final season with them. Shortly after, in August 2019, Sanches was signed by French side Lille for a reported fee of €25 million, becoming Lille’s most expensive signing ever. He helped the side win its first Ligue 1 title for ten years in 2021.

Sanches won 40 caps and scored 8 goals for Portugal at youth level. He made his full international debut in March 2016 and was chosen for UEFA Euro 2016 at age 18, making him the youngest Portuguese to play in an international tournament as well as the youngest player to win a UEFA Euro final. He scored one goal during the competition and won the Young Player of the Tournament as Portugal captured the title for the first time in their history.