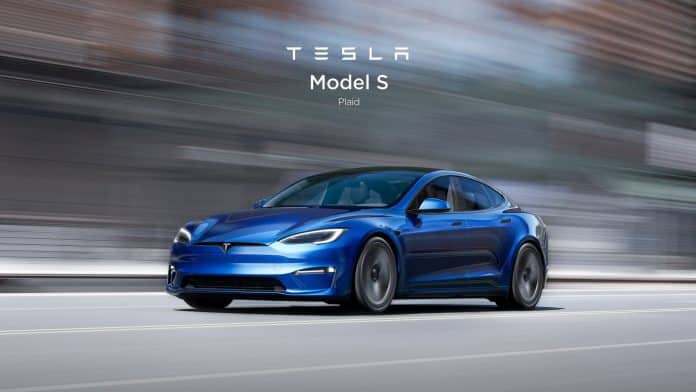 “It’s faster than any Porsche, Safer than any Volvo”, this is how Elon Musk describes Tesla’s latest Model S Plaid. In a little over 9 years, Tesla has revolutionized the automobile sector with their cars which involve a perfect balance of both power and tech.

The latest addition, Tesla’s Model S Plaid was launched by Elon Musk via live stream from Fremont, California. The outgoing CEO introduced it to the world by launching it, flat out on a quarter-mile runway located near the exact runway where Tesla manufactured the original Model S.

The Tesla Model S Plaid will be equipped with a tri-motor engine setup which enables it to deliver 1020 horsepower at its peak across the entire rev range. The top speed of the Model S Plaid will be an impressive 321kph. Elon Musk guarantees that the car’s acceleration will hit you right in the limbic system.

Tesla expects to produce 1000 a week from the next quarter. The Model S Plaid will charge faster at Tesla supercharger stations with increased room in the rear and Elon Musk claims it will feature an entertainment system that is comparable to a PlayStation 5.