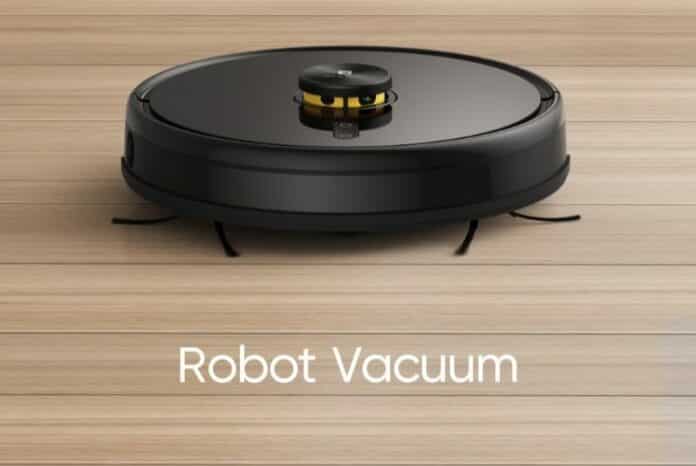 Realme will launch its first robotic vacuum cleaner in India later this year. Realme will likely call it “Realme robot Vacuum cleaner” and it will be a direct competitor to the Mi Robot Vacuum-Mop P that Xiaomi launched last year. The Shenzhen-based company is planning to launch it in June along with Realme GT 5G flagship Phone. The info was shared on Twitter by a user that goes by @TechnoAnkit1 along with images that give us the first look.

There is no information on the price of the Realme Vacuum Robot, but considering the aggressive pricing the company follows, the ballpark figure may be Rs 25,000. The Xiaomi Mi Robot Vacuum-Mop P costs Rs 24,999 in India, while robotic cleaners from other brands such as iRobot start at around Rs 26,000.

The current portfolio of Realme’s AIoT products includes a smart bulb, a smart plug, a motion-activated night light, a smart scale, and a smart security camera. And Realme has been launching these products in short intervals in India, in a measure that will propel the company as a tech lifestyle brand in the market. The company is following an aggressive strategy, much like Xiaomi’s that sells a good number of internet-connected products in India besides smartphones.

Amazon Prime Day: Get up to 32% off on HyperX Gaming Headsets