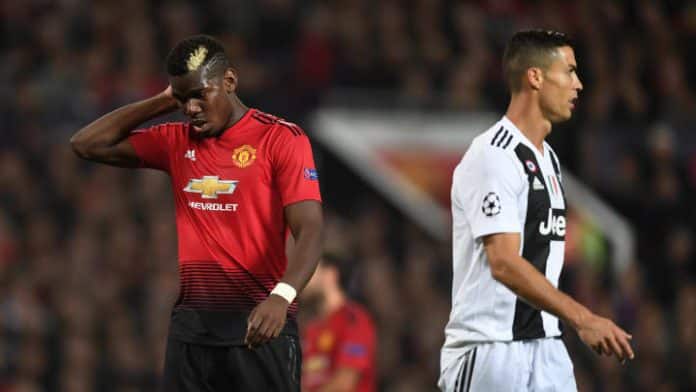 According to a report in Italy, Cristiano Ronaldo can make a sensational return to Manchester United this summer as part of a swap deal that would see Paul Pogba re-join Juventus.

Juventus also failed to deliver in the domestic league as well. After winning 9 straight Serie A titles win this is the first season when they lose the title.

Juventus has already sacked Andrea Pirlo and Massimiliano Allegri, taking up his old role in the hot seat at the Allianz Stadium. After taking charge, the new boss is said to have not waved away the prospect of letting Ronaldo leave.

However, Manchester United and Paris-Saint Germain are reportedly interested in signing the Portuguese. But Juventus is apparently interested in bringing back Pogba, and the Italian side can bring their man in a swap deal with Cristiano Ronaldo going in the other way.

The former Real Madrid star arrived in Turin from the Spanish capital in 2018. He has played 133 matches for Juventus and scored 101 goals, and also provided 22 assists. However, he has still left one in his contract.

Previous articleFC Barcelona: IN and OUT this summer
Next articleGoogle Pixel 6 aims at Apple iPhone 13 as its opponent, not Galaxy S21