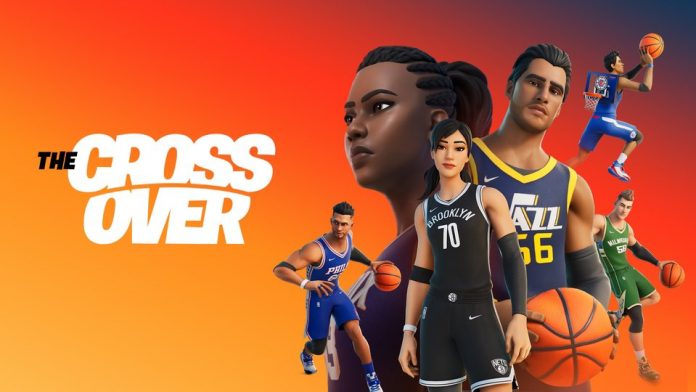 Fortnite is set to collab with NBA during NBA Playoffs. Fortnite’s developer Epic Games announces the big collaboration between Fortnite and NBA.

Fortnite will feature custom skins and event for each NBA team during the NBA playoffs. Fortnite will also offer specific famous NBA players’ skins in the game for this collaboration.

Epic Games issued a statement regarding the collaboration. The statement reads, “This will be the biggest addition to Fortnite which will come with the Fortnite x NBA: The Crossover. In this collaboration total of 31 new skins which are based on NBA teams will be joining the game. These skins will include the full uniform for all 30 franchises. These sets include jerseys for the character of the players as well as a basketball hoop back bling adorned with the team’s logo.”

The crossover skins will arrive in the game on 21st May 2021. However, the prices of the skins are yet to be revealed. ‘Player Lockers’ feature is coming in the Fortnite x NBA event. Player Lockers have the selected skins by NBA players based on, what they want to wear while playing the game, and each Player Locker includes an exclusive skin, emote, harvesting tool, and wrap where some of them can include more.

Team Battle Event will also be available, which will allow players to compete in a tournament where they can represent one of the 30 NBA franchises. Fortnite players will need to sign up on the official Fortnite website to participate in this event.